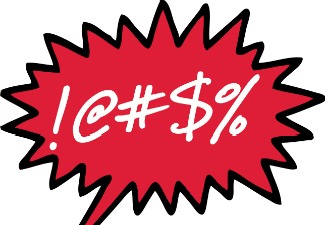 [WARNING: the following post contains a number of profanities. Obviously.]

Jesse Sheidlower, a lexicographer and president of the American Dialect Society, is getting pretty fucking tired of journalists reporting on public officials’ profanities by dancing around the actual words instead of just coming out and saying them. For example, recently a U.S. Assistant Secretary of State said, “Fuck the E.U.” But pretty much every news outlet that appeared on it (except blogs, where the rules for this sort of thing are set on a site-by-site basis) avoided saying the actual word, using phrases like “a blunt expletive” or “a profane word,” not to mention classics like “f**k” or “f–k.” (Yes, I am aware of the irony of me saying this underneath a censored headline. See the previous parenthetical.)

And Sheidlower’s had enough of this shit. In a New York Times op-ed this weekend, he makes the case that journalists should quote people verbatim and not try to protect readers’ delicate sensibilities because one of the words is considered offensive.

Even when certain words are necessary to the understanding of a story, the media frequently resort to euphemisms or coy acrobatics that make stories read as if they were time capsules written decades ago, forcing us all into wink-wink-nudge-nudge territory.

And, of course, the Times wouldn’t let Sheidlower use any “bad” words in his post.

His point isn’t that reporters should go nuts with profanity, just that they should be able to stop treating their readers like fucking children, saying that even with some of the exceptions a few outlets give, “leeway is rarely granted.” He cites The Economist‘s style guide, which has perhaps the best take on how reporters should tackle swear words.

Swear words
Avoid them, unless they convey something genuinely helpful or interesting to the reader (eg, you are quoting someone). Usually, they will annoy rather than shock. But if you do use them, spell them out in full, without asterisks.

The reasoning for most language censorship is that it’s meant to protect children, but here’s a thought: what child is actively perusing the New York Times that might come across an uncensored “fuck” and be scarred forever? And furthermore, if there was such a child actually taking the time to read the paper of record, don’t you think that makes them mature enough to handle a few cuss words?