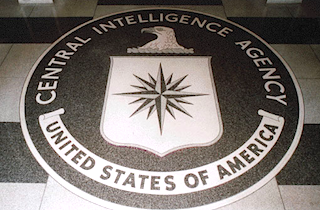 A new report from The New York Times’ Matthew Rosenberg published Saturday reveals details about a 2010 deal between Afghan officials and Al Qaeda that resulted in $1 million of CIA money funding the terrorist group.

According to the report, Al Qaeda demanded $5 million for the release of an Afghan diplomat held hostage in 2010 and the Afghan government ended up using $1 million from a secret fund that the CIA provided them in monthly cash installments delivered directly to the Kabul palace of former President Hamid Karzai.

Rosenberg quotes letters sent between Osama bin Laden and one of his deputies after the Afghans raised the rest of the money from other countries and completed the deal:

“God blessed us with a good amount of money this month,” Atiyah Abd al-Rahman, the group’s general manager, wrote in a letter to Osama bin Laden in June 2010, noting that the cash would be used for weapons and other operational needs.

Bin Laden urged caution, fearing the Americans knew about the payment and had laced the cash with radiation or poison, or were tracking it. “There is a possibility — not a very strong one — that the Americans are aware of the money delivery,” he wrote back, “and that they accepted the arrangement of the payment on the basis that the money will be moving under air surveillance.”

he C.I.A.’s contribution to Qaeda’s bottom line, though, was no well-laid trap. It was just another in a long list of examples of how the United States, largely because of poor oversight and loose financial controls, has sometimes inadvertently financed the very militants it is fighting.

Read the full report at nytimes.com.