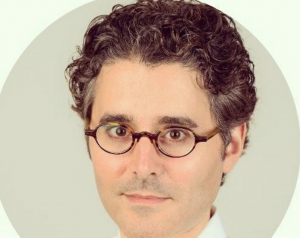 We hear that question often in these here media parts, and it’s a valid one. The answer? Well, while the media has become more polarized and POV (point of view) programming has exploded, there are still a few good, old-school reporters out there who simply follow the who, what, when, where, why rule without injecting themselves or opinions into the story. And sometimes the bias is subtle and somewhat unnoticeable to the average reader.

Per an example provided by journalism expert Tony Rogers: “The intrepid protesters demonstrated against the unjust government policies.”

As Rogers points out, the two words that make the last sentence devoid of objectivity are “intrepid” and “unjust.” Intrepid, he explains, makes the protesters brave and whatever the government policy is wrong via unjust. 101 stuff, but worth setting this column’s table with.

One more note before running to the comments section to call me a hypocrite: I’m not a reporter. Outside of exclusives, I don’t portray myself as one. I’m an opinion columnist providing big-picture perspective on whatever is hot in media on a particular day. You can agree, disagree, or simply be entertained or horrified. All of that said, if a trusted source or sources has some news to share about a particular anchor, host or show, then the reporter hat goes on. But 95 percent of the time, you’re reading an editorial if my byline is at the top of the page.

Glad we got that all straightened out…

At the New York Times, there’s been one particular scribe claiming to be a straight, objective reporter who popped back on the radar recently named Michael Barbaro. His official title is political reporter. For contrast, Maureen Dowd — just about one of the best writers on the planet right now if we’re talking unique style and the ability to grab the reader — is an op-ed writer. She does opinion. Barbaro, conversely, portrays himself as a straight reporter. But upon seeing some tweets from his account recently, it’s hard to believe there’s no heavy editorializing going on when it comes to his view of GOP frontrunner Donald Trump:

Just in time for debate! Trump controlled companies sought visas for 1,100 foreign workers. Protecting US jobs is he? http://t.co/nACYuszKPA

Now say what you will about Trump’s policies or approach, but here’s why he’s resonating: He has successfully — at least to a growing number of Republican voters — cast himself as the quintessential outsider. He’s the anti-politician who also happens to be anti-media. And guess what? Trust in both those occupations is an all-time low. People just want someone who’s real regardless of the Un-PC warts/brutal candor. It’s why there’s such a groundswell for Joe Biden to enter the 2016 race by many in the Democratic Party thanks to one of the most phony, disingenuous, untrustworthy politicians ever to seek the nomination in the form of Hillary Clinton. Biden may have made his share of gaffes, but he’s damn likable, certainly has the resume and will get his hands dirty when needed. In short, he’s real.

Back to Barbaro, ask yourself this: What is a political reporter who is supposed to be covering the campaign doing putting out opinions like the ones above? And where’s his editor to tell him to zip it? The Times already has a horrendous reputation for being dead-left and incapable of covering a Republican campaign with any objectivity, so what’s Barbaro thinking taking this tone for his 18,000 followers to see? Know this: He absolutely doesn’t take the same persona in his stories filed in the paper, which is clearly a growing problem discussed in this space before when it comes to editorial freedom on social media, which has no buffer.

It isn’t the first time Barbaro’s ability to play it down the middle has been called into question: Just days before the 2012 election, Barbaro sent out some patently dishonest tweets (below) about a Mitt Romney rally in Pennsylvania that happened under unseasonably cold temperatures. In the tweets, Barbaro stated a mother of a freezing child was begging to leave the event but was told she couldn’t by Romney staffers. The tweets went viral and helped underscore the notion that Romney is a Gordon Gekko programmed-robot who only cares for the rich and can’t relate to common folk. The tweets and the account, of course, were later proven completely false:

Should Barbaro have just come clean and admit his political affiliation? Easier said than done, as Barbaro would likely no longer be placed on the 2016 campaign beat and be forced to apply for an op-ed position at the paper instead…which don’t exactly grow on trees. Instead, the “reporter” will continue to play one role in print while taking on a much different persona on social media, and in the process, expose his obvious bias.

Such is the state of media in 2015, where very few still have the desire or discipline to play it straight. Exhibit A today is Michael Barbaro, op-ed-political-reporter for The New York Times.