Ocasio-Cortez Dodges When Asked if She Thinks Maduro Regime is Legitimate: ‘I Defer to Caucus Leadership’
FOREIGN POLICY

Ocasio-Cortez Dodges When Asked if She Thinks Maduro Regime is Legitimate: ‘I Defer to Caucus Leadership’ 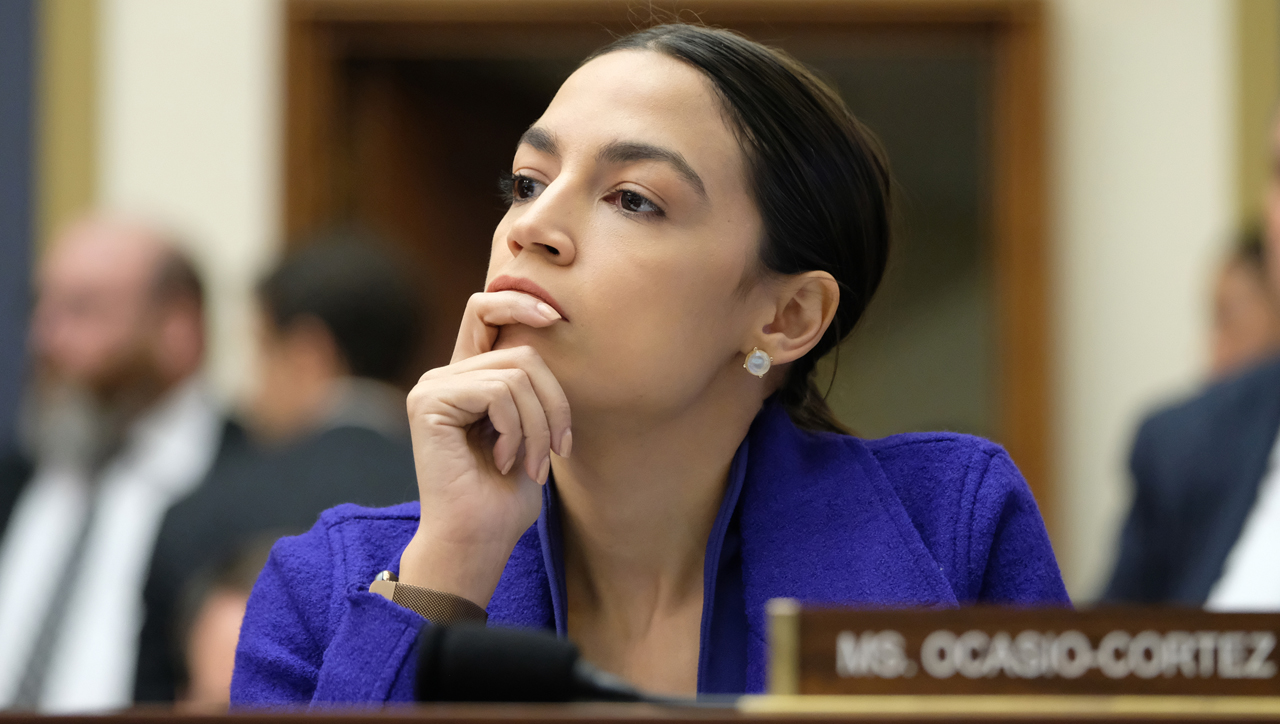 As the crisis in Venezuela unfolded and the U.S. weighed action in what is in part a face-off with Russia, and the citizens of a nation struggle for their identity and to determine their future, in Congress and the press it has brought some partisan divide and many talking points.

In her response to National Review on the subject, freshman member of congress Rep. Alexandria Ocasio-Cortez (D-NY_ was not one of those offering a point of view. Instead, she deferred to her party’s establishment.

NRO’s John McCormack asked Ocasio-Cortez whether the government as it is, under the authoritarian control of Nicolás Maduro is “legitimate” or whether instead the man the administration recognizes as the duly elected constitutional leader of the government and current leader of the opposition Juan Guaido should have continuing support from the United States. After a rote “violence is horrible” observation, AOC told NRO that she will “defer to caucus leadership on how we navigate this.”

That lack of insight is in contrast to the controversial take from fellow freshman Rep. Ilhan Omar (D-MN), who blamed the U.S. for conditions and violence in Venezuela and held Maduro unaccountable, but shared with Omar the failure to make an affirmative statement about which leader, if any, should have the support of the United States.

National Review notes that the message from the left of the aisle is not uniform. Former Vice President and current leading Democrat contender (by a lot) Joe Biden, for example, has harsh words for Maduro and urges the U.S. to support Guaidó and the National Assembly in their effort to restore democratic accountability.

The violence in Venezuela today against peaceful protesters is criminal. Maduro's regime is responsible for incredible suffering. The U.S. must stand with the National Assembly & Guaidó in their efforts to restore democracy through legitimate, internationally monitored elections.

Biden isn’t formally in Democratic leadership but is obviously a face for the party now more than ever. Also among 2020 contenders, Sen. Bernie Sanders (I-VT) has weighed in. Like Omar and Ocasio-Cortez, he had no condemnation for Maduro, but unlike Omar he took the AOC route of being fairly non-committal, as National Review lays out here, along with responses from other Democrats and Republicans.

Alexandria Ocasio-Cortez has in the past weighed in on subjects where she lacks experience, expertise, or personal knowledge, but in this case, she’s punting to the establishment to which, for the most part, she’s so far positioned herself in opposition. An interesting time to not take a stand, considering the political implications of the philosophies at war in this strategically important South American oil economy.