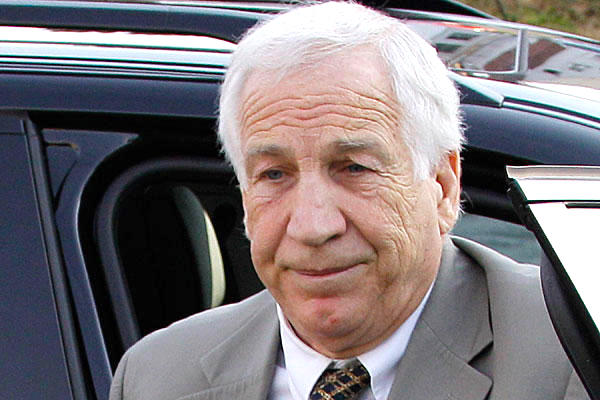 A Penn State trustee is lashing out at what he deems the “so-called victims” of former Penn State defensive coordinator Jerry Sandusky‘s sexual abuse.

In an e-mail to the Chronicle of Higher Education (via USA Today), Penn State trustee Albert Lord — a former CEO of Sallie Mae — blasted the victims following last week’s conviction of ousted Penn State president Graham Spanier on one count of child endangerment. Spanier was deemed to have handled the Sandusky case in a criminally negligent manner. Lord’s email defending Spanier while criticizing the Sandusky victims.

“Running out of sympathy for 35 yr old, so-called victims with 7 digit net worth,” Lord wrote in his email. “Do not understand why they were so prominent in trial. As you learned, Graham Spanier never knew Sandusky abused anyone.”

“Al Lord’s comments are personal and do not represent the opinions of the board or the university,” Lubert said. “The sentiments of the board and university leadership were expressed in the very first line of the statement released by Penn State: First and foremost, our thoughts remain with the victims of Jerry Sandusky.”