Preet Bharara Likens Getting Fired to Shutdown of Anti-Corruption Commission

Preet Bharara Likens Getting Fired to Shutdown of Anti-Corruption Commission 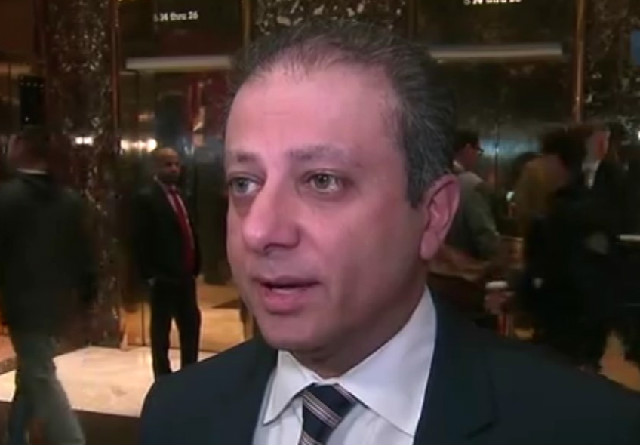 One day after he was fired from his job as U.S. Attorney, Preet Bharara likened the move to a 2014 decision to pull the plug on an investigative commission that was looking at corruption in Albany.

On Saturday, Bharara was relieved of his position after he refused a request from President Trump to resign alongside several other Obama-appointed attorneys. Bharara seemed to refer to the developments of this weekend when he posted this tweet:

By the way, now I know what the Moreland Commission must have felt like.

The Moreland Commission to Investigate Public Corruption was created by Governor Andrew Cuomo in 2013, and their primary focus was on suspected illegal activities among state politicians. The panel was shut down after a year for budgetary reasons, though there were reports at the time suggesting it was dissolved because the commission was probing Cuomo.

Bharara criticized Cuomo for stopping the panel, and he used the information it gathered to launch his own series of anti-corruption investigations. The attorney blasted the decision as recently as January 2016, though he said that there was “insufficient evidence” to prove that a crime had taken place.

After Trump fired Bharara, there was a considerable amount of conversation regarding whether the decision was more than just a standard maneuver for new presidents. Some reports and media personalities have noted that Bharara was in a position to investigate some of the president’s controversial affairs.