Remember That TARP Bailout That Was Going To Bankrupt Us? It Earned An 8.2% Return 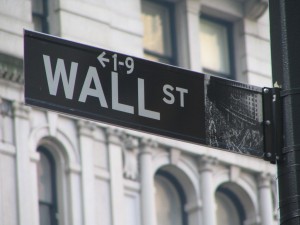 Good news, everyone! Yalman Onaran and Alexis Leondis of Bloomberg News are reporting that the government’s 2008 bailout through the Troubled Asset Relief Program—you know, the bailout that Glenn Beck was for, before he was against it—has apparently been successful. Specifically: it’s “provided taxpayers with higher returns than they could have made buying 30-year Treasury bonds — enough money to fund the Securities and Exchange Commission for the next two decades.”

Onaran and Leondis say that the government has earned $25.2 billion after investing $309 billion, which makes for an 8.2 percent return over two years. As they point out, “That beat U.S. Treasuries, high-yield savings accounts, money- market funds and certificates of deposit.”

We shouldn’t be celebrating quite yet, though, as Onaran and Leondis go on to explain:

When the government first announced its intention to plow funds into the nation’s banks in October 2008 to resuscitate the financial system, many expected it to lose hundreds of billions of dollars. Two years later TARP’s bank and insurance investments have made money, and about two-thirds of the funds have been paid back. Yet Democrats are struggling to turn those gains into political capital, and the indirect costs of propping up banks could have longer-term consequences for the economy.

“From the perspective of the taxpayers getting their money back, TARP has been a great success,” said Todd Petzel, chief investment officer at New York-based Offit Capital Advisors LLC, which has more than $5 billion of assets under management. “But there are other costs as the government made it possible for the banks to pay back TARP. Those costs can turn out to be larger, and their legacy could last longer.”

After that, the article gets a lot more detailed (and, for laypeople like this blogger, a lot more difficult to follow). The takeaway point, though, is this: in one sense, TARP worked. It’s also brought with it a new set of costs.

Read the Bloomberg piece in its entirety here.