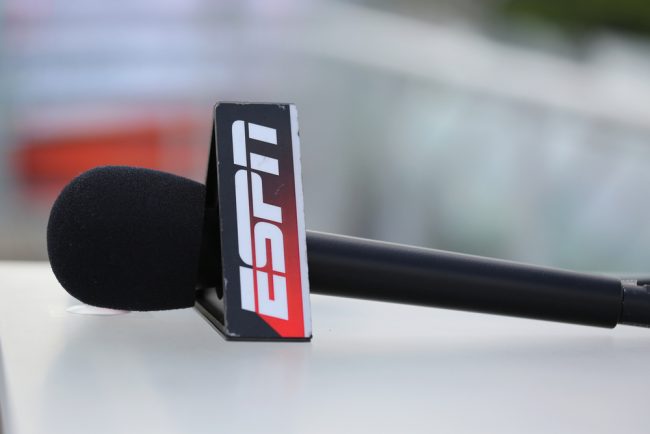 A new report says that “significant” layoffs are about to impact ESPN’s on-camera lineup.

According to Sports Illustrated, the network plans to make the cuts over the next four months, with the focus being on downsizing talent. The report says that ESPN is looking to shed tens of millions of dollars in salary, and will also buyout some existing contracts.

As of last August, the channel cost cable subscribers $7.21 per month. But the network, which once boasted more than 100 million subscribers, is now reportedly down to less than 88 million. That number seems likely to shrink as younger consumers continue to cut the cable cord.

Further, ESPN is locked into a number of costly rights deals with various leagues and sports properties. ESPN has long-term agreements with, among others: The NFL, the NBA, Major League Baseball, and several major college conferences. It is also the home of the college football playoff and all four tennis majors.

The layoffs would come amidst what is already a time of upheaval at ESPN. Chris Berman, the man who has undoubtedly been the network’s signature star since its debut in 1979, is drastically reducing his role as he adopts an emeritus position of sorts. Sunday NFL Countdown, Monday Night Countdown, and NFL Draft coverage will all have new hosts.

James Andrew Miller, the co-author of These Guys Have All The Fun: Inside The World Of ESPN, reported on Twitter that Berman’s role could potentially divvied up among three people. Trey Wingo, the host of day 2 and day 3 NFL Draft coverage, would also take on Day 1. Suzy Kolber, already a fixture on Monday Night Countdown, would assume a larger role on that program. And Sam Ponder would become the host of Sunday NFL Countdown.