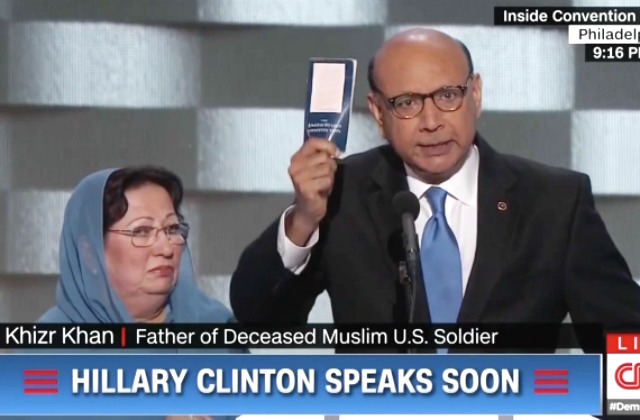 A tweet from a Senior Producer at the Canadian news organization CTV, went viral Monday after suggesting Khizr Khan, the father of a Muslim solider who was killed in Iraq, is being prevented from traveling outside the United States to Canada.

JUST IN: Gold Star father Khizr Khan cancels scheduled speech in Toronto after being told his “travel privileges are being reviewed.” pic.twitter.com/3dXFMnjced

The tweet immediately drew suspicion since Khan is an American citizen who presumably would not need “travel privileges” to go to Canada.

This doesn’t make sense. Is Canada refusing to take him? https://t.co/j5o8cOhlE0

The passive voice and the lack of any information beyond an unsupported assertion require skepticism here. https://t.co/qY0ZK8iS7D

I sincerely doubt we’re getting the full story here https://t.co/DuucLFMeFF

Be very careful with this story. No statement from Khan. Hard to imagine any grounds for passport revocation. https://t.co/iQGevqrEsE

Not sure what this is about..Khizr and Ghazala Khan are Pakistani so wouldn’t be affected by revised travel ban. https://t.co/K08E5B7Dx1

Hwang posted a series of Twitter clarifications to her original post, saying that Khan told CTV that he had “no comments to make” on the matter and that the statement about “travel privileges” came from Ramsey Talks, who was organizing the event for Mr. Khan to speak at in Toronto.

FYI: Statement was sent to CTV News by Ramsey Talks, the event where Mr. Khan was scheduled to speak tomorrow. Mr. Khan has no comment.