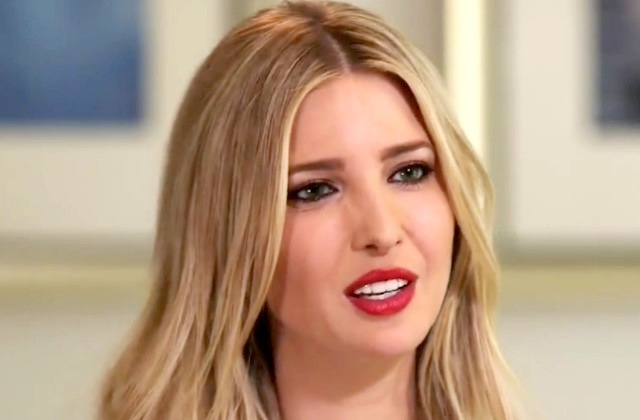 “Go buy Ivanka’s stuff,” Kellyanne Conway, counselor to President Donald Trump, said Feb. 9 on Fox News. The controversial plug for Ivanka Trump‘s clothing line earned Conway an admonishment from the White House, though it was not officially deemed an ethics violation. But a new report suggests that consumers responded to that plug in a big way.

According to Refinery 29, Ivanka Trump brand president Abigail Klem says that the company posted some of its best weeks ever last month.

“Since the beginning of February, they were some of the best performing weeks in the history of the brand,” Klem said. “For several different retailers Ivanka Trump was a top performer online, and in some of the categories it was the [brand’s] best performance ever.”

Refinery 29 fact-checked the claim via Lyst, an e-commerce aggregator which tracks retail data, and found that Ivanka Trump clothing did indeed post big numbers in February. Their data showed that sales of the brand increased 346 percent from January to February. It was ranked No. 550 on Lyst in January. After February, it was No. 11.

“Ivanka Trump brand has never ranked in as a top seller on our site,” Lyst’s U.S. public relations director Sarah Tanner told Refinery 29. “To see such an extreme spike in one month is completely unheard of and came as a huge surprise to us.”

The success in February came despite key retailer Nordstrom dropping Ivanka Trump’s clothing from its stores.