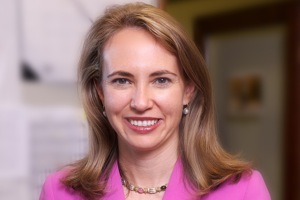 NPR is reporting that Congresswoman Gabrielle Giffords has been shot in the head in front of a grocery store in Arizona. No word on her condition or that of the gunmen as of this time, but she has been transported to University Medical Center in Tuscon. Update: Reuters and NPR are reporting she is alive and in critical condition and undergoing surgery.

NPR broke the story, though not many details are currently known:

U.S. Rep. Gabrielle Giffords of Arizona was shot outside a grocery store in Tucson while holding a public event, an eyewitness reported Saturday.

Giffords, who was re-elected to her third term in November, was hosting her first “Congress on Your Corner” event at the Safeway in northwest Tucson when a gunman ran up and started shooting. At least five other people, including members of her staff, were hurt, according to Peter Michaels, news director of Arizona Public Media.

Giffords was transported to University Medical Center in Tucson. Her condition was not immediately known.

UPDATE: Fox News currently reporting that Giffords, a Democrat, has been shot “at point-blank range in the head” at a public event while speaking to a couple and engaging constituents. A man ran up to her “shooting indiscriminately” and shot her and three of the five staffers on hand at a grocery store in Tuscon. The shooter is in custody and Fox News is now reporting 12 people have been shot. The Fox News report below (and an eyewitness account from CNN here):