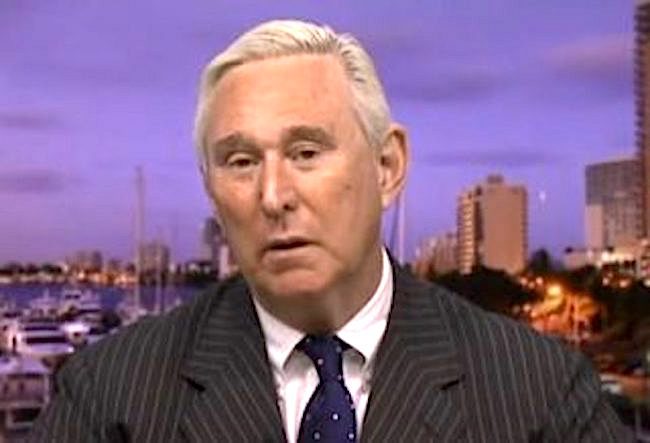 This evening, former Donald Trump advisor Roger Stone decided to take to Twitter to air some grievances and take aim at some folks in the media.

One of the media personalities he went after was none other than Fox News host Sean Hannity. Even though Hannity is vehemently pro-Trump and Stone has had a long relationship with the president, it appears that Stone is no fan of Hannity’s.

In a pair of tweets, the political strategist accused the Fox star and recently ousted Fox News co-president Bill Shine of blocking him from Fox News because of something Stone did to Hannity:

Bill Shine out. @seanhannity next. One down , one to go! I had to kill Hannity effort to become Trump WH COS #EgomaniacHousePainter

That is a bold statement, Roger.

Over the past couple of months, Stone has found himself in the news due to allegations that he was part of collusion between Russia and Trump associates to impact the election. He has repeatedly denied his involvement in any such action, even though it has been reported that he was in contact with the DNC Hacker.

Last month, he called on CIA Director Mike Pompeo to resign because of a speech he delivered last month where he slammed WikiLeaks.

UPDATE 10:50 PM ET: And, as one would expect, Hannity returned fire on Twitter:

Roger, with all due respect, I NEVER EVER ASKED to be considered for any WH job, nor would I ever have accepted, nor is that my skill set. https://t.co/P1yczkqL8a

There was never any "HANNITY EFFORT" to kill. But if I was asked I would have painted the Oval for @POTUS and I would have done a good job. https://t.co/P1yczkqL8a

If I had painted the oval I assume that would make me an #EgomaniacHousePainter. I just want Americans safe, working, out of poverty. Best S https://t.co/P1yczkqL8a