Ron Schiller, Out At NPR, Won’t Be Heading To Aspen After All 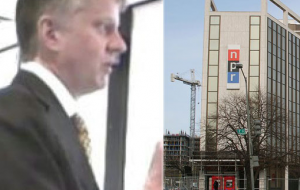 Ron Schiller, the NPR executive who resigned in the wake of this week’s undercover video scandal, has announced that he’s backing out of his new job–which he accepted ahead of the controversy–as director of the Harman-Eisner Artist-in-Residence Program at the Aspen Insitute.

Poynter’s Jim Romenesko reports Aspen Institute communications director Jim Spiegelman sent an e-mail saying “Ron Schiller has informed us that, in light of the controversy surrounding his recent statements, he does not feel that it’s in the best interests of the Aspen Institute for him to come work here.”

Schiller’s move to the Aspen Institute had been announced earlier this year, with a news release that has now been yanked off the Institute’s website. Slate published the release on its site today:

“Ron Schiller embraces and lives the values that we share as a community,” said Aspen Institute President and CEO Walter Isaacson, “I am very pleased that he has agreed to join us to help us build a strong and vibrant arts program, the kind of program that we believe is central to the Institute’s origins and to its mission.”

In accepting this position, Schiller said, “I am thrilled to join the Aspen Institute community. The Institute—with its history, its leadership, and its association with a community known around the world for its commitment to and leadership in the arts—is extremely well-positioned to make a major contribution to the arts both in America and abroad, exploring both in the arts and through the arts some of the most important and fascinating challenges and opportunities facing our society.”

Sidney Harman, Institute trustee, chairman of the Committee on the Arts and co-benefactor of the Harman-Eisner Artist-in-Residence Program said: “With the appointment of Ron Schiller, we are positioned to further integrate the arts––all the arts––into everything we do. The arts should be, and will be, organic/intrinsic in all Aspen Institute activities. We expect that with Ron’s engagement, the Institute will take leadership in proselytizing the arts throughout America and the world.”