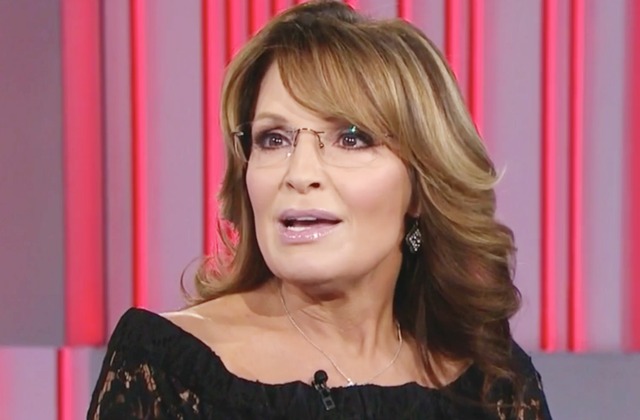 By now you’re probably heard about the New York Times editorial on the Alexandria shooting yesterday that unfairly linked Sarah Palin to the shooting of Gabrielle Giffords.

After Giffords was shot in 2011, there was some speculation that Palin’s map that “targeted” certain Democratic districts may have been to blame, but this was not the case. It turned out that the shooter had been obsessed with Giffords for years following an interaction in 2007.

The New York Times editorial last night, however, said there was a “clear” “link to political incitement.”

The editorial has since been corrected, but on Facebook this morning, Palin expressed her disgust:

With this sickening NYT’s editorial, the media is doing exactly what I said yesterday should not be done. Despite commenting as graciously as I could on media coverage of yesterday’s shooting, alas, today a perversely biased media’s knee-jerk blame game is attempting to destroy innocent people with lies and more fake news. As I said yesterday, I’d hoped the media had collectively matured since the last attack on a Representative when media coverage spewed blatant lies about who was to blame. There’s been no improvement. The NYT has gotten worse

UPDATE -– 12:00 pm ET: Palin has since tweeted that she is “talking to attorneys” to explore her options:

(1/2) @nytopinion – commonsense suggestion by a journalist, am talking to attorneys this AM and exploring options. BTW, wonder.. pic.twitter.com/jACvxwUBZH

(2/2) …WHY someone would no longer be in public eye? Think constant libel & slander have anything to do with it? ?