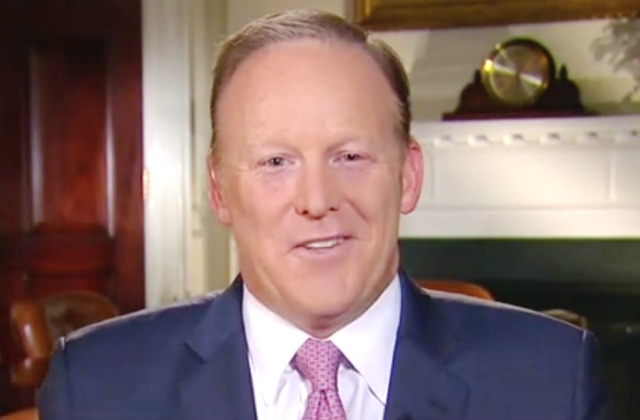 When Spicer announced his departure from the White House weeks ago, Anthony Scaramucci was just getting started and Reince Priebus, Steve Bannon, and Sebastian Gorka were still there.

But today, August 31st, is his actual last day, and he sent out a thank-you email:

Sean Spicer signs off "for a final time" as a White House staffer pic.twitter.com/BNqpqUas6q

Spicer’s colleagues are reportedly throwing him a farewell party tonight.