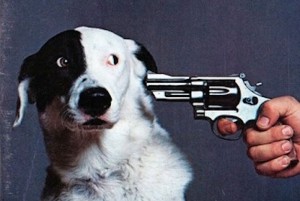 Just when you thought the 2016 Republican presidential campaign couldn’t get any more twisted than it’s already gotten… sorry, nobody thought that. But still, the latest move by a group of pro-Ted Cruz mega-donors seems like a questionable maneuver at best, and disreputable grandstanding at the expense of veterans at worst.

In response to Donald Trump‘s decision to skip Thursday night’s Fox News debate, and instead hold an event to benefit veterans’ organizations, Ted Cruz ostentatiously challenged Trump to a one-on-one debate, a time-worn and tired tactic that isn’t designed to secure a debate at all, but to secure trash-talking rights. Trump and Cruz couldn’t hold such a debate if they wanted to, not without forfeiting attendance at every other debate.

Then, late Wednesday night, there was “breaking news” about Cruz’s efforts to pressure Trump into a debate he and Cruz can’t possibly have:

In response to Senator Ted Cruz’s challenge of a one-on-one debate, the principal donors of the Keep the Promise I and II super PACs are offering presidential candidate Donald Trump a truly fantastic deal, pledging to donate $1.5 million to charities committed to helping veterans if Mr. Trump agrees to debate Senator Cruz in Iowa.

That’s right, a group of Ted Cruz mega-donors have offered the princely sum of $1.5 million, but only if Trump agrees to debate Cruz. Otherwise, tough luck, heroes! This is sick, even by the stunt-charity standard being set by Trump, who, along with his own sketchy history of exploiting veterans, is apparently only raising money for them tonight because Fox News pissed him off. But at least he’s raising the funds, not withholding them as a political ransom.

The reason I included that clip from Wednesday night’s The Last Word is that host Lawrence O’Donnell, along with the rest of the media, it seems, blithely reports this as a political chess move, and ignores the sick exploitation behind it, just as Trump’s exploitation of veterans to avoid criticism over skipping the debate has been almost completely ignored. This campaign has gotten so nasty that we don’t seem to even notice when the tide of raw sewage rises to eye-level.

What’s ironic is that Ted Cruz has recently come under fire over his apparently stingy charitable giving, and a SuperPAC supporting Mike Huckabee has just started running an ad in Iowa that features two very concerned-looking white ladies discussing all the things they’ve “heard” about Cruz, including this:

Nope, but as Cruz explained earlier this week, he’s working on it. This would be a great place for Cruz to start. He should begin by publicly shaming his donors for placing conditions on their charitable giving, demand, as the two Corinthians do, that they give cheerfully,  and cut his own $1.5 million check to a reputable veterans group. That should just about settle him up.

As for the news media, they need to take a few steps back, breathe deeply, and remember that no matter how much fun we’re having, politics isn’t just a game, and our nation’s veterans are not gamepieces.