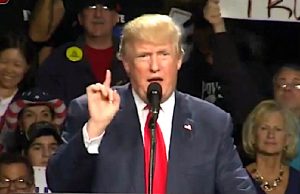 Since Donald Trump shockingly won the presidential election earlier this month, there has been quite a bit of discussion revolving around faithless electors who may try to sway the Electoral College from actually voting for Trump next month.

In this vein, one Texas elector who had previously criticized Trump during the campaign has made it known that he will resign due to the fact that he can’t bring himself to vote for Trump.

In a blog post published over the weekend, Art Sisneros made the case that Trump is unqualified to be president. At the same end, he also realized that there was nothing he could do to prevent him from taking office. With that in mind, and his having pledged to vote for his state’s popular vote winner, Sisneros wrote that it is imperative that he resign as an elector.

If Trump is not qualified and my role, both morally and historically, as an elected official is to vote my conscience, then I can not and will not vote for Donald Trump for President. I believe voting for Trump would bring dishonor to God. The reality is Trump will be our President, no matter what my decision is. Many are furious that I am willing to have this discussion publicly. Personally, I wish more civil officers would be honest about their convictions. Assuming a Trump Presidency is their ultimate goal, they will get that. The problem is, that isn’t what they want. They want a democracy. They will threaten to kill anyone who challenges their power to vote for Skittles for dinner. That is evidence alone to prove that our republic is lost. The shell may remain, but in the hearts of the people and functionality of the system our republic is gone. I also believe that a pledge is a man’s word that he will follow through on something he committed to. God’s Word is clear we should all “let our ‘yes’ be ‘yes’ and our ‘no,’s ‘no.”[20] I believe to resign is to honor the intent of the pledge as it relates to the people of my district. Since I can’t in good conscience vote for Donald Trump, and yet have sinfully made a pledge that I would, the best option I see at this time is to resign my position as an Elector.

Sisneros also wrote in his post that Texas as an “immoral pledge” because it just wants the popular votes in the state counted and it doesn’t care about the actual office of an elector.

Back in August, Sisneros spoke to Politico and said at that time that he was considering not voting for Trump if he were to win. He also confirmed with Politico today that he was indeed resigning.