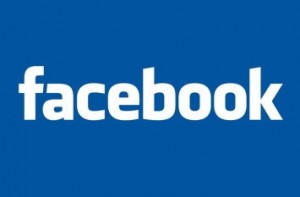 Culturally, we usually associate social media creeping with jilted ex-lovers poring through the old Facebook posts of their former love’s new beau. Sometimes, we think of the possibility that an employer could be lurking a Twitter page to gauge the character of an applicant or current employee. Anyone who has ever engaged in creeping knows it is an art form, too: A person has to scroll oh-so-gingerly and be so, so careful not to accidentally like an old post, lest they be revealed as a creep.

The AP must employ some very serious sleuths who understand the art form back to front because they revealed today that they spent some time lurking on a few profiles recently. Namely, they poked around the accounts of staffers from the campaigns of Donald Trump and Hillary Clinton. They found “nothing as inflammatory” in the Clinton staffers’ accounts compared to what they found in the Trump staffers’.

Some made references to impending civil war (“Those who understand Islam for what it is are gearing up for the fight.”) while others reposted memes and videos ridiculing Mexican accents and shaming black people for perceived stereotypical behavior. They also called for the hanging of Secretary of State John Kerry.

A hefty part of what the AP found on accounts associated with Trump staffers across the country was apparently Islamophobic. One staffer, Mark Kevin Lloyd of Lynchburg, Virginia, shared a meme proclaiming that anyone interested in buying a firearm in America should have to eat bacon first. Teresa Unrue, who works for the campaign in Myrtle Beach, South Carolina, shared the statement, “We need Islam control, not gun control.” When a Muslim judge was appointed in New York, grassroots organizer Annie Marie Delgado of Palm Beach Gardens, Florida shared the news and wrote, “Step by step… this is how American culture will end.”

When asked by the AP about an essay she shared that carried the message that Muslims are inherently incapable of being American, she said, “If I read the whole thing, I probably wouldn’t have posted it.” She also said she stopped working for the campaign in April.

After Trump made comments about bringing back waterboarding as a way to interrogate and torture detainees, and then suggested doing something even “beyond waterboarding,” a staffer named Phillip Dann reposted the news item with his own question: “Where’s the gasoline?”

He, like Delgado, declined to stand by the statements fully when contacted by the AP. He said he has no real antipathy for Muslims in general, though the reporters did find that he wrote posts ridiculing “Muslim sympathizers.”

The AP found a big focus on conspiracy theories, too:

Delgado, the Florida organizer, circulated a theory that the company Edible Arrangements LLC is funneling money to Hamas, a claim that the Anti-Defamation League, a U.S. Jewish organization, has repeatedly dismissed as false.

Unrue posted a link to a website that alleged that the U.S. government assassinated Supreme Court Justice Antonin Scalia, who died earlier this year after a history of heart trouble.

In the piece, the AP profiles other staffers who made incendiary posts. The Trump campaign has been working hard in the past few days to push a message of inclusivity. They have long denied being racist in any way, but a former staffer for Mitt Romney named Katie Packer told the AP, “A comfort level with people who think this is OK is indicative of what you think is OK. Maybe the campaign just doesn’t know about this, but that’s malpractice.” Trump himself has interacted with a number of white supremacists on Twitter, so maybe Packer has a point.

Check out the full report for more, but for now, here’s a quote that staffer Scott Barrish made when asked about his posts claiming he was ready for war with the “tyrannical government”: