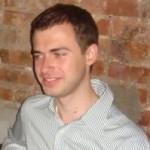 For those of you not ‘in the know,’ The Awl is a Gawker Alumni Blog/Pirate Ship run by former Gawkerers Choire Sicha and Alex Balk.  For the most part, I like the site, and read it every day. In particular, I think that contributors Natasha Vargas-Cooper and Abe Sauer should get medals for the thoughtful, long-form work that they frequently turn out.

But I was offended — unironically, actually offended — by an Awl post this morning titled “What Were Black People Talking About On Twitter Last Night?”

At the risk of getting randomly harshed on by Tumblr: it was kind of racist. 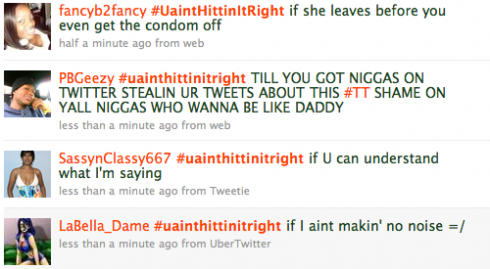 I don’t know Choire personally, though I enjoy his movie criticism. I don’t think that he is a racist — or, really, that it’s fair to brand most people as “racists” in the noun form of the word.

But for all of its casual chumminess, his post was lazy and, well, casually racist. But not that kind of racist. The standard Sociology Class lexicon would use words like “fetishize” and “tokenize” to describe what Sicha is up to; at the very least, the Awl post reeks with fascination about the otherness of these black Twitterers.

The coy “race is a social construct” tag was belied by the great pains to which he went to show that see, he is down with black people. Late Night Black People Twitter is “awesome!” Last night’s #uainthittinthatright was a “very funny” example of a “hilarious chat meme!” Nick Douglas’s “poor dumb friend” is “so obviously wrong” with his bad racist theory! Daytime Twitter is “white and boring!”

To the extent that Sicha drops science in his post, it’s the statistic that 26% of African-Americans online use Twitter while only 19% of Caucasians online do. It might have served him better to bone up on danah boyd, the social media researcher whose work has explored the class and race segregation that plague online communities. Most recently, boyd (she likes lowercase letters) has been focused on the “white flight” from MySpace to Facebook; what’s most pernicious about it, she told The Observer, is the way in which white Facebook users don’t explicitly acknowledge the class and racial divides, but vaguely see the more nonwhite MySpace as trashy and uncultured.

Twitter may break down the barriers to hearing other people’s conversations, but the Awl post inadvertently shows that mutual understanding may be a long way off. If the post had to be boiled down to a single sentence, it would be Bullet Point #2 all over again: “On older social networks, white people did not know what was going on outside of their “stupid little bubble[s],” but now, thanks to Twitter, they are privy to the conversations of others, including the conversations of black people.”

That may be true, and it’s worth pointing out (and, as boyd has shown, it’s a fascinating field of study). But it’s a little rude to be so totally slack-jawed when confronted with people who you think aren’t like you.

The Awl is typically a place I go to find thoughtful and nuanced observations and insights. This was neither.