The Decade in Latino Penetration

I’ll take any decade over one in which the mention of being Latino prompted immediate “Livin’ la Vida Loca” (1999) jokes or (worse) someone trying to dance the “Macarena” (circa 1996). As far as artificial time measurements go, the Aughts had an easy chance of beating the Nineties in terms of Latino cultural penetration into the United States.

A few disclaimers: The Aughts were also the decade in which I penetrated the United States (2004) and became a closer observer of all things Latino, which makes this account necessarily slanted towards the second half of the decade. Also, here I use a subjective way of defining what is substantially Latino in terms of pop culture: not circumscribed to blood or last names, but rather like pornography—I know it when I see it. I don’t care if Perez Hilton‘s real name is Mario Lavandeira and he learned to speak Spanish before English: His cultural contributions (?) are not Latino in any relevant way.

Political Penetration: Several Latinos rose to political prominence during the past decade (presidential hopeful Bill Richardson and disgraced Attorney General Alberto Gonzales, to name a few), but no event was more important than the induction of Sonia Sotomayor to the Supreme Court. The Bronx-born judge crystallized the Aughts version of the Latino Dream—one in which a second-generation immigrant rose to the highest levels of power by means of her brain, not sports or artistic talent. Her cool temper during the predictably long and boring confirmation hearings turned one of her “controversial” statements into a motto some of us have taken to heart: When things get ugly, we can aspire to nothing better than being “wise Latinos.” (Latina magazine took it one step further, turning the phrase into a fundraising t-shirt What’s not wise about that?)

On the other side of political penetrations (that is, the failed ones), we cannot forget the day when Daddy Yankee—he, the libertarian lyricist of “Gasolina” (see below)—threw his support behind John McCain. The political debut of the Puerto Rican musician gave us the immortal words: “I’m a man on (sic) a few words, but with a lot of action, like I always said.” (Wherever he was, we presume, the late Cantinflas smiled.)

How to catch up if you missed it: The revolution will not be televised, menso. Just look around and you will see Latino political figures all around you — Mel Martinez, Ken Salazar, Bob Menendez, Linda Sanchez and her sister Loretta — the list goes on and on. With 16% of the population Latinos already are the largest minority in the country. (Here’s a prediction for the next decade: the press will finally catch up.)

Literary Penetration: Yes, after all these years, some still name drop Gabriel García-Márquez when a conversation turns literary. Yes, he remains the only Latino writer in Gringo eyes. Surprisingly though, the Aughts have seen an upset in the status quo: the Colombian writer has been overshadowed by Chilean phenomenon, Roberto Bolaño and his all-too-perfect myth (see “Bolaño Inc.”) With the early accolades of the likes of Susan Sontag, and the posthumous publication in English of his major novels The Savage Detectives and 2666, the late Bolaño (1953-2003) became the literary equivalent of a bomb that keeps redecorating the landscape years after it has exploded. 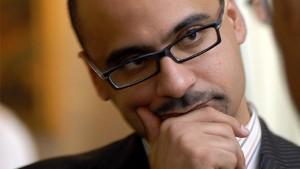 The other Latino literary phenomenon of the decade was homebred. More than ten years after his breakthrough collection of short stories Drown (1997), Dominican-American (born in Santo Domingo, moved to New Jersey at the age of 6) writer Junot Diaz took the world by storm with his Pulitzer prize-winning novel The Brief Wondrous Life of Oscar Wao (2007). In her review for the Times, Michiko Kakutani exclaimed that the book was so original it could only be described as “Mario Vargas Llosa meets ‘Star Trek’ meets David Foster Wallace meets Kanye West.”

How to catch up: In the case of Bolaño, you can start by reading Jonathan Lethem‘s glowing review of 2666 (but be warned that Lethem swallowed the myth: Bolaño was no heroin addict), nor was one of his stories published by the New Yorker. In the case of Díaz, check out the story which Wao was based on here, or listen to this reading of “How to Date a Brown Girl (Black Girl, White Girl, or Halfie).” Most importantly, learn to say “ghettonerd.”

Musical Penetration: As mentioned before, anything would be better than Ricky Martin, so I guess we should be thankful for the great musical crossover of the decade: reggaetón. At times, the pan-Caribbean blend of reggae and hip-hop seemed to blast from every corner, car and bodega, particularly after the success of “Gasolina” by Daddy Yankee (2004-2005). Radios that played only reggaeton (and the more generic notion of “urban music”) were created, and by early 2009, academic essays on reggaeton deserved a serious anthology. According to its authors, reggaeton could also be the first truly transnational genre of music.

The other great crossover musical success of the decade (sorry, JLo—or whatever her name is at the time of this writing) was Shakira. During the summer of 2006, “Hips Don’t Lie” became a worldwide hit, the most played song on American radio during one week, and the hips of the title became the most famous since Elvis‘. What made Shakira’s story even more fascinating was her chameleon-like capabilities: by the end of the decade the unlikely South-American-born star was sounding, looking and behaving like any of the Anglo divas, to the point of being accused by many of taking her crossover too far by engaging in “Beyoncification” and refusing to give interviews in Spanish.

How to catch up: You’ve heard Shakira and that Daddy McCain guy. Why not explore Latin music that doesn’t get much radio play? Good Latin music needs no crossover. It is alive and well on the other side of the border. Like soccer. Just sayin’.

Diva Penetration: Can you say the name “Penélope” and not think of a certain Miss Cruz? At the time of this writing, the Spanish actress is burning through moviehouses with her sizzling performance in Broken Embraces and getting ready to follow it up with the musical Nine. Not bad for someone who started the decade with an awkward reprise of her Abre los ojos in Vanilla Sky (2001). (And let’s not mention that Tom Cruise liaison, please.) By 2008, she was shooting with Woody Allen and getting an Oscar for it, while dating Javier Bardem, the great Latino actor of the decade, who also won an Oscar for No Country for Old Men. 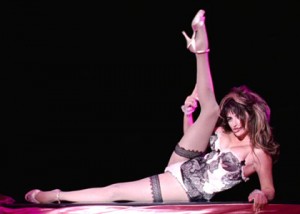 How to catch up: Go all the way back in the day and watch an 18 year old Penélope with Bardem in Jamón Jamón (1993).

Media Penetration: With the Latino population growing at a faster pace than any other minority, the big media revolution is still pending—an outlet or network of outlets that truly reflect the diversity of the Latino experience. Yet some benchmarks cannot be denied, particularly for Univisión: the network became one of the most-watched stations in the country, in 2007 it hosted the first presidential debate ever broadcast in Spanish, and “Sábado Gigante” continues to break the world record for longest running TV variety show.

Jorge Ramos, the network’s anchor, situated himself as the main contender in Latino media this side of María Hinojosa, who is beyond reach in so many ways. Ramos became the real crossover story of the Aughts for his presence in both Spanish and English media—a true success for a reporter who moved to the country at the age of 25. (Sorry, Rick Sanchez.) His (rather self-evident, it must be said) books cemented his aura of Latino spokesperson for Latinos and English-speakers, while his participation in the presidential debates of 2008 made him the target of an SNL spoof. Now that is penetration.

Another significant landmark this year: Chicano comedian George Lopez got a late night show on TBS, which may prove to be a more significant milestone for TV landscape than the hyped move of Jay Leno to prime-time.

And while television may have the big numbers, surprisingly, it’s the dying newspapers that seem to hold the political clutch: during the demonstrations for immigrants’ rights and while organizing a coalition to support Sonia Sotomayor, dailies like La Opinión and El Diario helped rally the troops to have Lou Dobbs removed from CNN. While neither Dobbs nor the network acknowledged that it was the grassroots Latino campaign that caused his ousting, his resignation is one of the great milestones for Latinos— the activists behind it claim it forever changed the way Latinos organize and defend themselves.

José Simián is a producer at NY1 Noticias, where he hosts a literature and music interview segment. His writing has appeared in NY Daily News, Huffington Post, Sports Illustrated Latino and Billboard en Español. He will be writing the “Meet The Prensa” column for Mediaite.