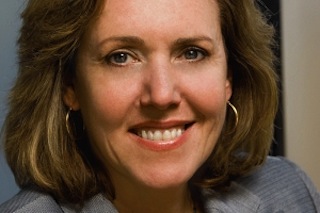 People don’t like being called racist. They really hate it. That’s why, in recent years, many conservative outlets and commentators have funneled this anger into an obsession with the idea of “reverse racism.” Look at any recent news story that even touched on racial issues in the slightest way, and someone will be accused of being racist against white men and exhibiting the kind of oppression that I, as a white man, have had to deal with every single day of my life inside my imagination because it doesn’t in any way actually exist.

This silliness is obviously a response to decades of conservatives being depicted as out of touch and racist. Therefore, you’ve got to give Salon editor in chief Joan Walsh some credit for coming up with the greatest troll move ever. When conservative sites accused her of being a reverse racist, she wrote a column comparing the Drudge Report to Stormfront, a KKK message board.

The whole situation began yesterday when NewsBuster’s Noel Sheppard wrote up Walsh’s recent appearance on PBS’s Tavis Smiley Show in a piece that was linked to by Drudge. Sheppard wrote about Walsh’s comments with the kind of inflamed outrage which I really hope was just an example of someone trying to churn something out quickly before hitting a barbecue and not what he actually believes:

“Let’s call a spade a spade: the arrogance, hypocrisy and racism of Salon’s Joan Walsh knows no bounds.”

Oh, my stripes and garters! What could Walsh have possibly said to elicit that kind of hyperbole? Lets look:

“WALSH: On the other hand, I think President Obama is probably going to be kind of lucky on this one. The ruling helps him politically, but also his opponents are such incredible disarray.

The House Republicans want to repeal it, they want to run on this, they want to appeal to that base, and let’s say it – it’s a white, older base that doesn’t quite understand the way healthcare works, but they’re worried that some people are going to get something for nothing.”

Did you see it? The racist part? I’ll help you out. Apparently, in Sheppard’s view, pointing out that Republicans in America tend to be older and white makes you racist against white people. I guess there are a whole lot of racist statisticians out there.

Of course, I’m being facetious. Sheppard’s real problem was the second half of Walsh’s comment.

“Now imagine for a moment if a conservative commentator said of Democrats supporting ObamaCare ‘it’s a black, younger base that doesn’t quite understand the way healthcare works.’

There would be immediate calls from the left for said person’s suspension or termination. But because her racism is pointed at white Republicans, it’s just fine.

Lest we forget this is the same woman who in March wrote a column titled “What’s the Matter With White People” and is so proud of the idea she’s turning it into a book.

You see, racism for Walsh is a common theme to be repeated whenever possible.”

The whole thing is pretty ridiculous. First of all, it requires you to believe that Walsh was saying the Republican base doesn’t understand health care because they’re white. And, secondly, it’s part of this growing and disturbing trend of a defensive majority’s backlash.

The victimization that has been the bread and butter of some conservative media in the past few decades has created a kind of insane whirlwind of cyclical racism and sexism accusations. Look at the reactions recent authors and commentators have received when they dared to imply that, hey, white privilege may be a real thing or that, hey, there may be some sexism in video games. Or how about the other big rightie outrage story yesterday; the “shocking” comment made by Chris Rock in which he pointed out that black people weren’t exactly free during the first Independence Day.

I guess, in addition to talking about actual political statistics, listing historical facts is racist now too?

There’s just something so mind boggling about this all. Have years of seeing white men be the villains in movies made my fellow white men this touchy? Are they this upset about being accused of being racist in the past that they go around, desperately looking to throw the word back at people?

That kind of thinking is infuriating, which is why, agree with Walsh or not, you have to find her rebuttal from this morning a little hilarious.

From a Salon column entitled, cheekily enough, “Drudge Won’t Link This”, Walsh points out that nothing in what she said was racist against whites in any way (by the by, is now a good time to point out that Walsh is white?):

“Simply observing that the Republican base is disproportionately white, or that Romney mostly surrounds himself with white people (and acts felony stupid when in a crowd of black people) shouldn’t be controversial. It’s truth. The questions come in when you try to analyze what it means.

I have argued many times that we should be careful when analyzing what it means. My book makes that argument in great detail. I don’t think that all white Republicans are racist, although some absolutely are. We shouldn’t throw around the term “racist,” about anyone. But it’s got to be possible to ask what it means that 89 percent of Republicans are white, or that Romney seems most comfortable around white people, though he wants to lead a country that’s at least one-third non-white, without the outrage machine shrieking someone off the stage.”

That’s all well and good, but the really great trolling comes later:

“I’ll outrage some people by comparing Drudge to Stormfront, but I think they’re on a continuum, given Drudge’s obsession with black on white crime and his dragnet to find political examples of anti-white racism.”

Outrageous? Yes. But there’s something pretty damn hilarious about comparing people who are this terrified of being called racist to the Klan.