The Weekend Of WikiLeaks Begins: Embargo Ends And The Torrent Of Classified Info Starts To Seep Out 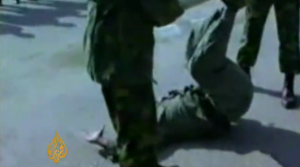 And, with that, the release of 400,000 classified military documents, dubbed The Iraq War Logs, has begun. WikiLeaks, the organization that previously released 70,000 documents about the Iraq War this summer, appears to have truly outdone themselves this time. Expect to see quite a bit of Julian Assange’s face on your TV the next few days.

During the past week, it has been unclear what exactly was coming from the secretive organization. Wired first broke the news that there was an impending leak a few days ago. However, Assange vehemently denied the report. It would now appear that it was pretty much spot on and a number of news organizations have been sifting through the massive amount of leaked material for the last 10 weeks, like a larger scale version of the cooperation between WikiLeaks, The Guardian, The New York Times, and Der Spiegel from July.

Al Jazeera, it appears, jumped the gun, beating the embargo by a half hour by releasing a news report detailing ” secret order not to investigate torture by Iraqi authorities discovered by American troops.” Within minutes, WikiLeaks responded by releasing the rest of the news organizations of their embargoes. Soon, all sorts of material was flooding the internet. The Guardian has an interactive map of every war-related death in Iraq. The New York Times describes reports detailing Iran’s aid of Iraqi militias. And so on. And so on.

WikiLeaks will give a press conference tomorrow. Julian Assange will be on CNN today. The weekend of WikiLeaks begins.