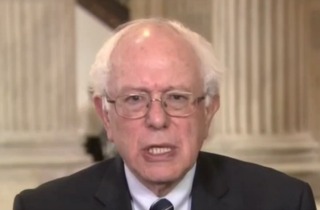 Sen. Bernie Sanders (I-VT) is the first senator to publicly announce that he will not attending Israeli Prime Minister Benjamin Netanyahu‘s controversial speech to Congress.

Speaking at the Brookings Institution on Monday, the potential 2016 presidential candidate said he might watch the speech on TV, but declared he will not attend. Sanders also spoke with Joy Reid on MSNBC about his position, and said House Speaker John Boehner (R-OH) might have invited Netanyahu just to embarrass President Barack Obama.

“I think when it comes to foreign policy, especially in as volatile place as the Middle East, you really don’t want to be playing politics,” Sanders said. “And the idea that the president of the United States, who leads us in foreign policy, was not consulted about Netanyahu coming to Congress is unacceptable.”

Sanders also echoed the Obama Administration’s concerns about the timing of the speech, as it comes just a few weeks before Israel’s elections.

“The idea of allowing Netanyahu or any candidate from any country using the Congress of the United States for their own partisan political purposes back home is wrong,” he added. “It’s not something we should be doing.”

House Minority Leader Nancy Pelosi (D-CA) will attend Netanyahu’s speech, but said she hopes it will be canceled. Pelosi also went after Boehner for the “inappropriate invitation,” and said it could put nuclear talks with Iran in jeopardy. Speaking at an event on Monday, Netanyahu dismissed these concerns and said he still plans on addressing Congress.