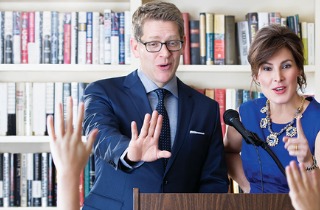 The most decadent Beltway publication yet conceived, Washingtonian Mom, has outdone itself with its latest celebration of what life is like inside the city fueled by your forcibly confiscated money.

The publication recently ran with a profile of White House Press Sec. Jay Carney‘s wife, ABC News personality and working mom Claire Shipman. Carney’s two beautiful children are also profiled in the piece, but the profile itself is largely irrelevant.

What is worthy of dissection are the three featured images that add value to the profile. And by “value,” we mean guffaws galore.

And you thought Washington cared about the crisis of starvation in East Africa. Sure, they will tell you they care, but $750 in produce, mounds of breakfast meats, at least 60 pancakes, an entire loaf of bread, what appears to be a plate of just butter, and an overflowing platter of pastries say something quite different.

Of course, the cautiously placed blueberries on the counter — the only evidence that a morning meal which would have made pre-revolutionary Versailles blush has been prepared in this immaculate kitchen — suggests this image was carefully staged.

That, and the young man’s perfectly fried egg, which has been captured in it’s perfection mid-flip. A maneuver which, by the way, no one would ever perform because the egg’s impact on the pan — presuming you were skillful enough to catch it — would send yolk rocketing everywhere. But, I know. This is art.

Speaking of art, even the decorations are perfect. Just look at the… wait… what’s this: 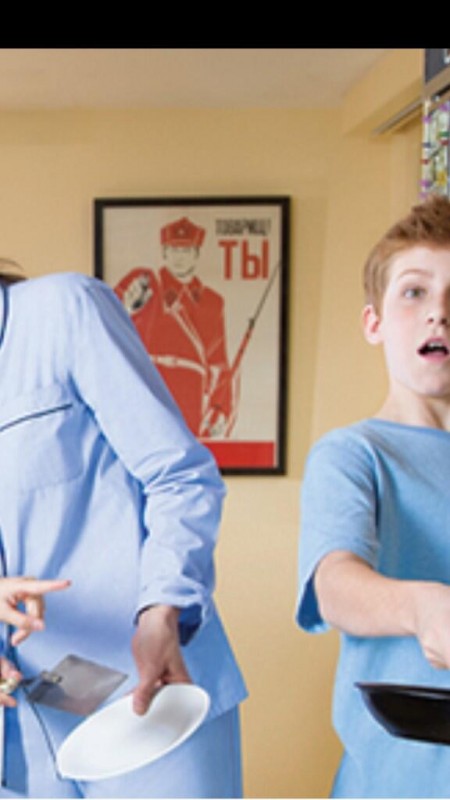 Of course. Why wouldn’t this administration, which regularly bristles over being accused of embracing socialist policies, hire as its spokesperson a man who decorates his home in vintage Red Army propaganda. Good to know that the Carneys have elevated dorm room decor to the level of refinement that Washington demands. That’s a rather bourgeois frame, comrade. Let’s hope no one reports you to the local commissar. 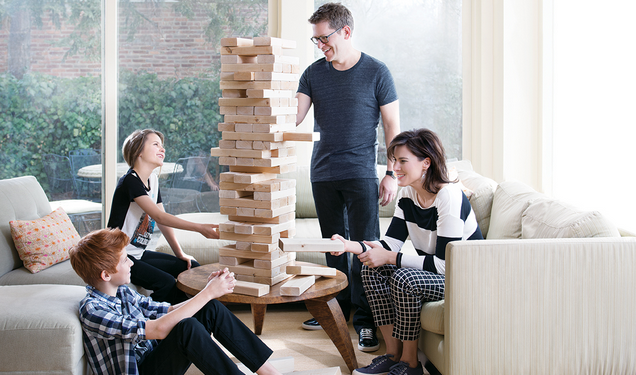 Later in the profile, we learn that Carney’s children live in the fantasy that Tom Hanks‘ inner child manifested in the movie Big. In the event that anyone ever played this gigantic Jenga tower competitively, it would likely result in permanent injuries when the 70 pounds of sharp, wooden blocks came cascading down on an unsuspecting child.

The toy, however, is not the focus of this image. The stylish casual attire, however, is. Washingtonian Mom provides the reader with a breakdown of every item of clothing; what it cost, and where you, too, can purchase it.

But the last image of the White House press secretary is so droll, so tongue-in-cheek, it makes one wonder if Washingtonian Mom‘s team wasn’t half trying to provide conservatives with meme fodder. 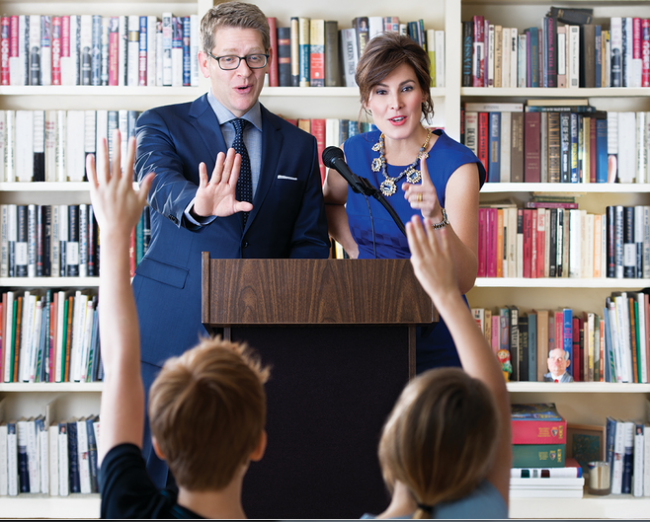 In this candid setting, we see Jay Carney getting the grilling of his life. Maybe these practice sessions are the key to Carney’s longevity in his role as press secretary. One has to imagine that the tenacity of this group’s follow-ups about extending bed time have to rival the White House press corps’ interest in the Affordable Care Act’s enrollment figures, the rules of engagement governing drone warfare, or the Internal Revenue Service’s coordination with liberal groups and Democratic congressional staffers.

Maybe we’re reading too much into these images. Maybe we’re just being scolds and sticklers, and we should focus less on the supplemental art that accompanies this profile and more on the actual profile itself.

UPDATE: Via @RBPundit, that last photo was apparently a rush job. In the image, Carney is surrounded by shelves and shelves of the same books. The photo-shopping was so hurried, in fact, that Carney’s son’s finger was never removed: 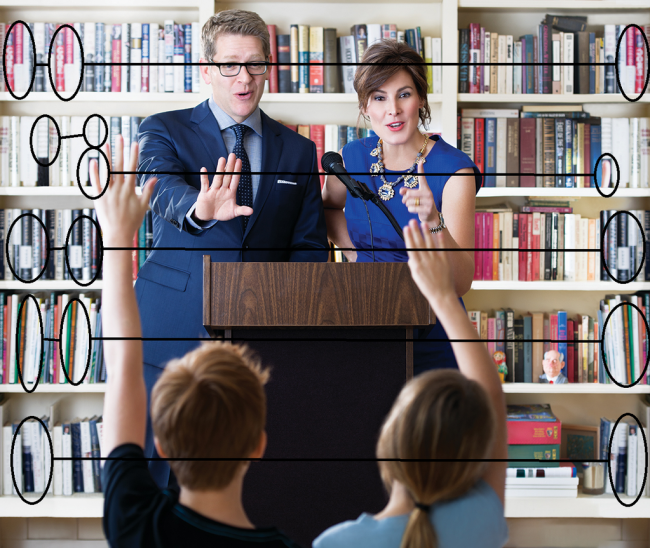 [Correction: This article previously identified the magazine as Washingtonian Monthly. This error has been corrected.]