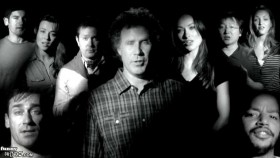 Move over, Harry & Louise, there’s a new health care debate going on, and this one’s takin’ it to YouTube. Oh, wait, Harry & Louise switched sides, but the point is, online video has made it really, really easy to take to the Internets to try and move the debate — and activist humor is really having a moment right now.

That moment actually started with the Writer’s Strike, with legions of comedy writers suddenly having nothing to do but grow strike beards (especially the ladies) and crack jokes on the picket line. Pretty soon that translated into some killer material. The momentum continued during the election (Paris Hilton attack ad; Prop 8: The Musical) and has continued through the various tribulations of the mortgage meltdown/Wall Street collapse/total financial system implosion. Good times.

Anyhow! The latest video is from husband-and wife team Rob Kutner and Sheryl Zohn (of The Tonight Show w/ Conan and Penn & Teller: Bullshit respectively). Best line: “I didn’t live through World War Two, and the New Deal, and the Civil Rights movement, just to see America start changing all of the sudden!” Word. Below that is the “Protect Insurance Companies!” PSA featuring Will Ferrell, Jon Hamm, Olivia Wilde et al: “If you spell something wrong, do you really deserve surgery? I don’t think so.” A little long as Business Insider points out, but still. See below:

>>>NEXT: The Real Death Panels