The U.S. Treasury Department came under fire Wednesday morning for retweeting a post from President Donald Trump boasting about a political victory.

The retweet — which has been deleted, but can be seen below via screenggrab — featured the president bragging about special election results and declaring a “red wave” for the upcoming midterms. 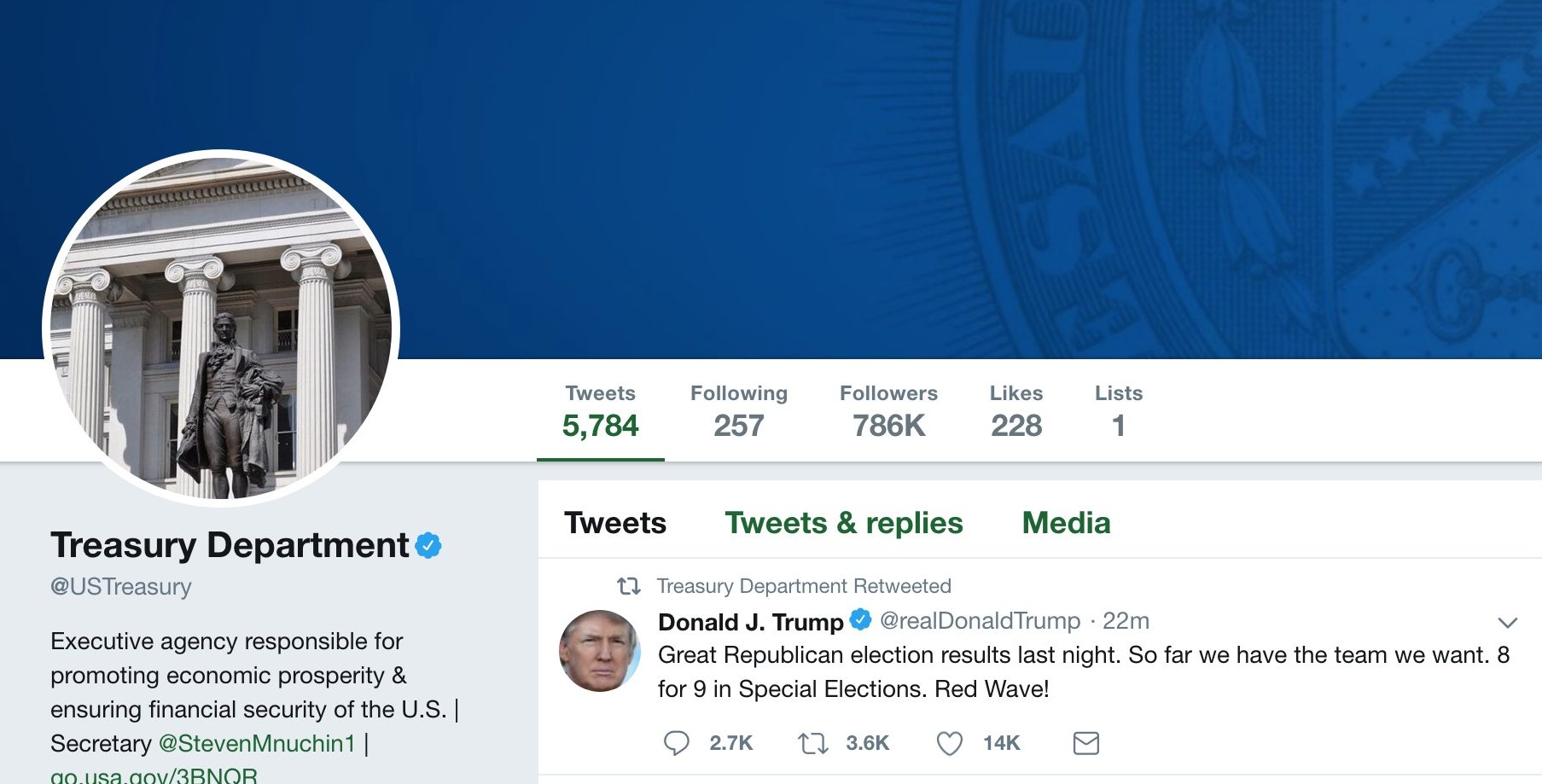 Twitter immediately pounced — questioning whether the retweet constituted a violation of the Hatch Act, which mandates that Federal agencies must remain non-partisan.

hatch act, u up? pic.twitter.com/j6ITYeSdCq

Dear @USTreasury who retweeted this. Remember the Hatch Act?

Since when do federal agencies publicly weigh in on partisan primary election results⁩, @ustreasury? #HatchAct pic.twitter.com/OTxa4Ety4V

I wonder if this violates any election laws — it appears to be a partisan endorsement by a branch of government https://t.co/Carp2ZBO1f