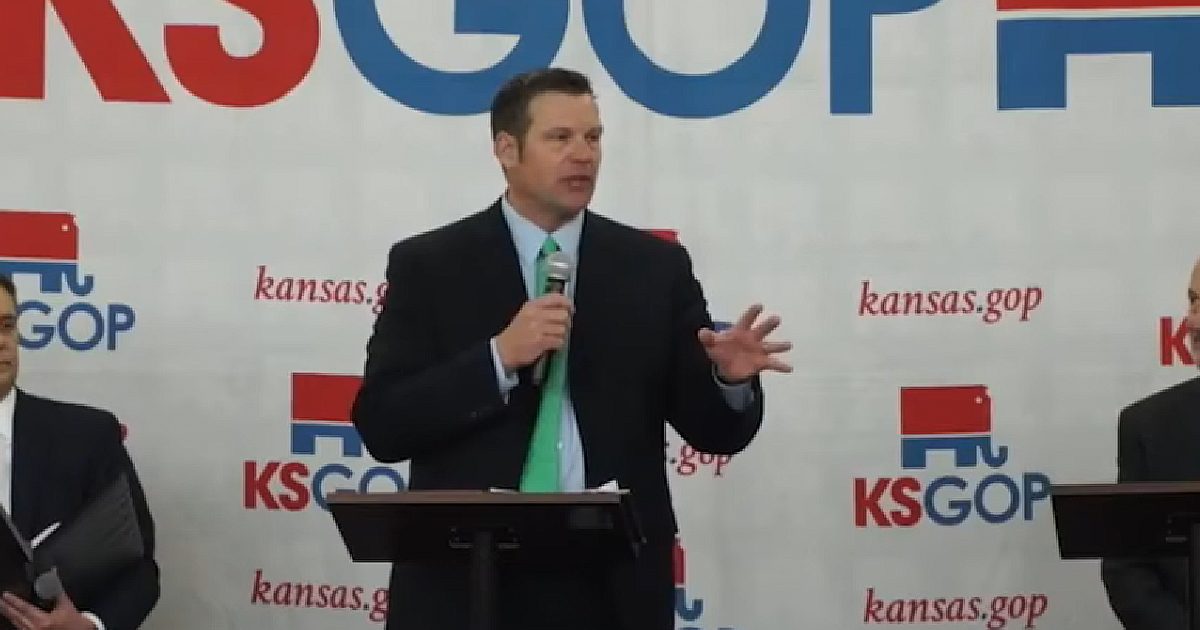 Confirming the fears of some Republican strategists, Donald Trump weighed in on the Kansas GOP Primary being held tomorrow, endorsing the former head of his failed election fraud commission Kris Kobach, currently Kansas Secretary of State and writer at Steve Bannon‘s Breitbart.

Kris Kobach, a strong and early supporter of mine, is running for Governor of the Great State of Kansas. He is a fantastic guy who loves his State and our Country – he will be a GREAT Governor and has my full & total Endorsement! Strong on Crime, Border & Military. VOTE TUESDAY!

Trump started the tweet with what is surely the most important point in his view, which is that Kobach was “a strong and early supporter” of his campaign. “He is a fantastic guy who loves his State and our Country – he will be a GREAT Governor and has my full & total Endorsement! Strong on Crime, Border & Military.”

Kansas is not a border state. Kobach, though, is an immigration hardliner and writes and tweets about the issue regularly.

Kobach is challenging a sitting Republican governor in the primary. Challenging incumbent Republicans is not normally the rule for Republican presidents, although in the case of Gov. Jeff Colyer, he was not elected to the seat. Instead, he took over after Sam Brownback was called up to the Trump administration.

Still, party leadership becoming involved in primary races used to be a big bone of contention between base voters and the party, best remembered in the 2014 showdown in Mississippi between a party-backed candidate and a tea party backed candidate.

There was a worry Trump would get involved.

Still, both candidates have made an issue of their ties to and support of Trump. It is a harder case for Colyer to make that argument to primary voters with Trump endorsing Kobach. But it will be a harder case for Kobach to convince independents and moderates than it would be for Colyer.