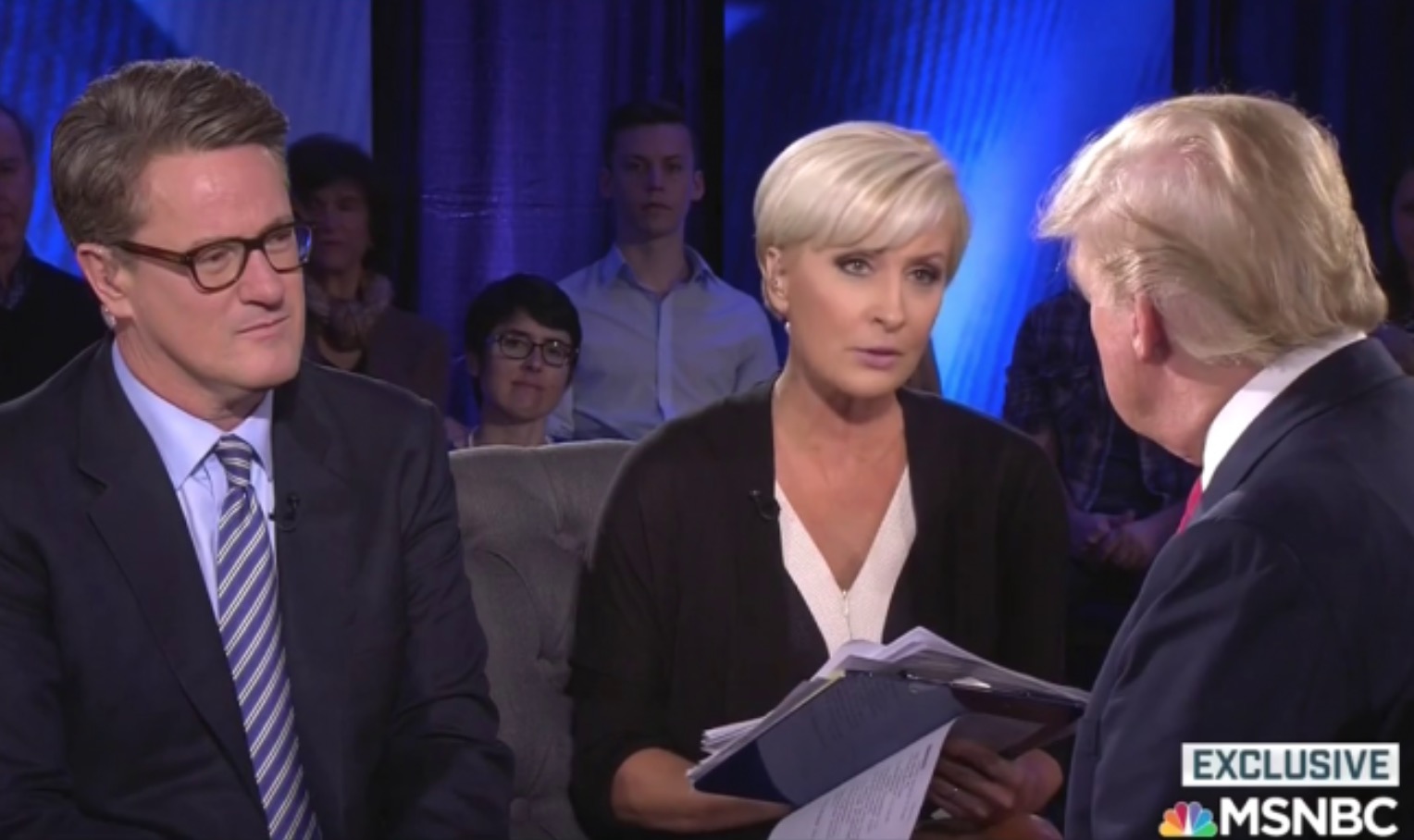 And now for something completely unexpected…

President Trump is ripping the media again for critical coverage. Who are today’s targets, you ask? The hosts of Morning Joe.

During the early stages of the 2016 election, Trump appeared to have an amicable relationship with Joe Scarborough and Mika Brzezinski. Things eventually soured between the two parties, however, and the two faces of Morning Joe have been criticizing Trump ever since he took office as president.

Back in January, the political media picked up on photos of Scarborough after he was spotted at a New Years Eve party Trump held at Mar-a-Lago. Scarborough insisted that he and Brzezinski were only there to set up an interview with Trump, and Scarborough fought with multiple reporters over the insinuation that he spent the evening cozying-up with the President-Elect.

Today, Scarborough said White House sources told him that Jared Kushner would more or less usurp Rex Tillerson by assuming the bulk of the Secretary of State’s responsibilities.

UPDATE – 9:35 a.m. EST: Brzezinski put up a tweet after Trump sent out his statement today.

As for Scarborough, he re-tweeted this statement from CNN’s Jake Tapper.

This reminds me: how is @FLOTUS's campaign against cyber-bullying going? https://t.co/X4xmyreGLH