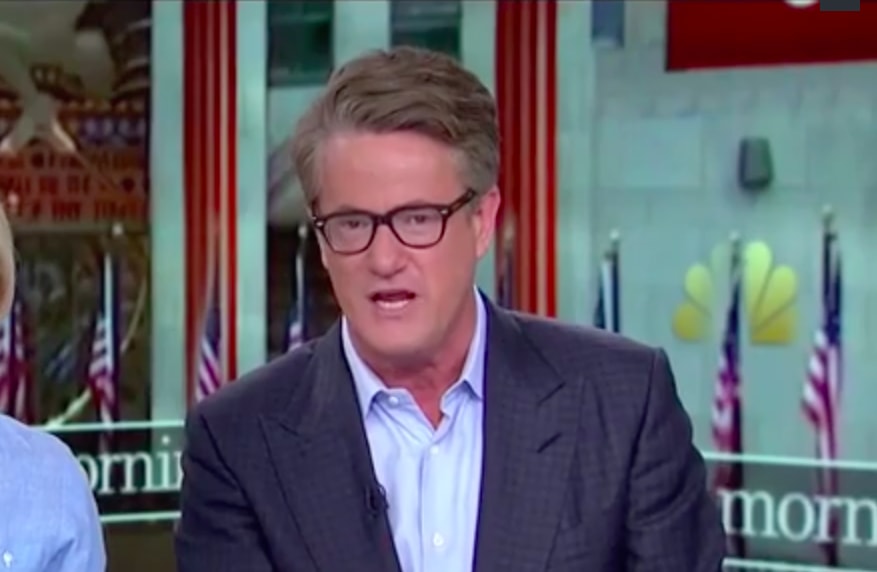 On Monday, Joe Scarborough reacted to this post from The American Conservative about social isolation among young people and millennials that the modern age of the internet has caused.

Our smartphone culture impacts young men in the most profound way. It is often younger women who suffer the most. https://t.co/cagBUD9rUE

The MSNBC host then took a shot at the younger generation for “staying home playing video games” instead of fighting in war like young men did during WWII.

Young men in the 1940s liberated Europe from Nazism and the Pacific from the Japanese Empire. Today, too many stay home playing video games. https://t.co/e7FTe0O20P

Millennials brought the battle to him… at least on Twitter.

Love @joenbc, but this is a legit old man yells at cloud tweet. https://t.co/qYcFEbBWG5

If you want to commit mass slaughter, YOU enlist you goddamn sociopath.

Tired of crusty boomers with nothing to lose banging the war drum. https://t.co/cdVEyptdJS

An all-volunteer force, largely composed of millenials, is fighting the longest war in US history right now in Afghanistan

I served 3x in Iraq and went to Afghanistan as a civilian. I’ll also pwn you in @Battlefield 1, Joe. Catch me on @Xbox as I Miss Obama. ?

joe scarborough serving on the frontlines, unlike you xbox-playing millenial scumbags pic.twitter.com/56fiwlus1y

Millennials are fighting the longest conflict in U.S. history my dude https://t.co/GJC9m3dyen

Hey @JoeNBC who do you think is fighting our post-9/11 wars? A narrow slice (https://t.co/aLtpIarRIM) but one that defies your caricature. https://t.co/L2jmH5WEOj

Scarborough did not back down.

If you’d get off your XBox & back away from your 3 fantasy baseball league computer screens you’d see data supports my Old Man concerns. https://t.co/RFZQ5OxDln

This is a typical response today to a long-stated concern about certain societal trends. The more subtle suggest I want wars with Nazis. https://t.co/K7tmIDlOJF

Actually, go on my Twitter mentions and you will be flooded with dumber, hotter takes suggesting I want millions to die in warfare. https://t.co/nF6Oe04iCQ