Bill Kristol to Form ‘Committee Not to Renominate the President’ 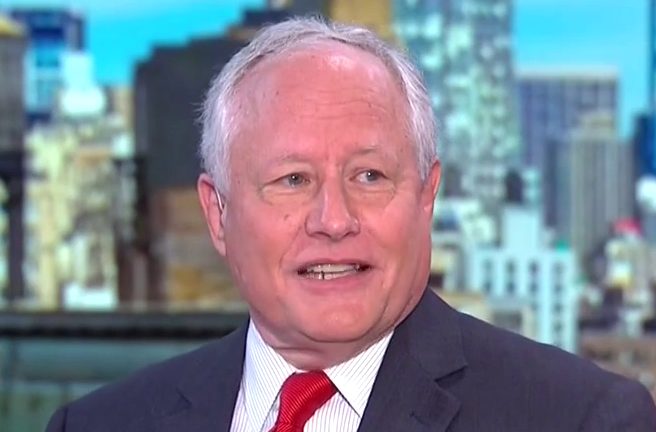 Lost in the hullabaloo over the New York Times article claiming that Vice President Mike Pence was secretly laying the groundwork for a 2020 run for the White House was this:

In the wider world of conservative Trump opponents, William Kristol, editor at large of The Weekly Standard, said he had begun informal conversations about creating a “Committee Not to Renominate the President.”

“We need to take one shot at liberating the Republican Party from Trump, and conservatism from Trumpism,” Mr. Kristol said.

It’s certainly not news that Kristol adamantly opposes the Trump Administration.  His Twitter feed is replete with criticisms, challenges and attacks over the latest Trump policies that don’t conform to Kristol’s understanding of conservative and/or Republican orthodoxy.  Kristol’s public pronouncement that he is working in earnest to upend the renomination of President Trump some two and a half years before the Iowa Caucuses is likely to have some kind of effect on the dynamic between Kristol’s magazine and the White House it covers.

Until the beginning of this year, Kristol served as Editor-in-Chief of TWS having founded the publication (along with Fred Barnes) in the mid 1990s. Kristol was replaced by Stephen Hayes and Hayes has staked the magazine’s venerable brand on the idea of relying on traditional reportage and shoe-leather journalism in an age of “fake news” and aggregation.

In a profile in the New York Times earlier this year, Hayes vowed to report fairly on the Trump White House from a conservative perspective:

With Time magazine posing what should have been a bizarre question, but wasn’t, on its cover — “Is Truth Dead?” — it felt as if a time of choosing had arrived.

But the internet is faster to reward the fantastical than the factual, which is where Mr. Hayes sees potential risks in his strategy.

“You can make an argument that the people who pay the price are the people who do the real reporting — not the hot takes, and not the clickbait — and who aren’t extreme and ranting,” Mr. Hayes said.

The Weekly Standard, he said, will continue to have its conservative perspective. And just as it will call out Mr. Trump when he speaks falsely, it will avoid jumping to conclusions that every Trump move is false — which he said mainstream news organizations were too quick to do.

Now that Kristol has publicly emerged as a figure leading the effort to remove Trump from the Republican ticket in 2020, it will be fascinating to see how the Trump White House works with TWS going forward.  And, for that matter, how Hayes is able to maintain his self-imposed mandate for a return to traditional journalism while Kristol (a figure so identified with TWS) has now ventured well beyond punditry into full-blown political activist.

For the record: I worked at The Weekly Standard with Kristol and Hayes at the beginning of this year. I reached out to Hayes for a comment on this matter and I had not received a response at the time of publication.