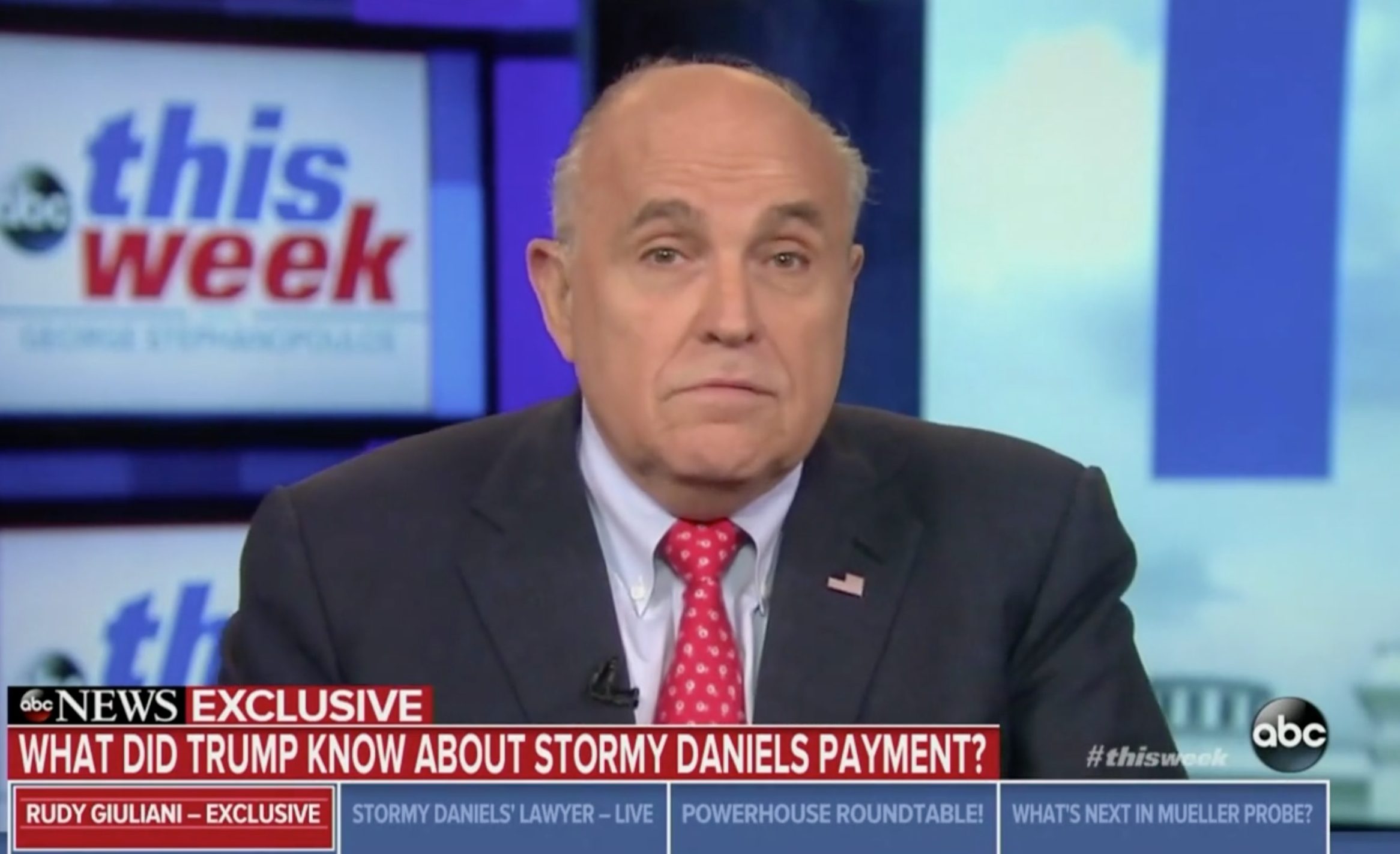 Rudy Giuliani, once again, appears to have made President Donald Trump‘s life more difficult by going on television.

The former New York City Mayor’s Sunday appearance on This Week included the jawdropping statement that “if it was necessary” Trump lawyer Michael Cohen may have paid hush money to women other than Stormy Daniels. (White House counselor Kellyanne Conway has already tried to distance the White House from that comment, telling Margaret Brennan of CBS “I don’t know why anyone would say that.”)

Twitter was stunned by the latest round of off-the-cuff remarks from Giuliani. Here’s a sampling of the reaction.

Somewhere, @Scaramucci is saying to himself, “Really? I was worse than this guy?!” https://t.co/c5Yeo3kGen

Trump will like the Rudy interview because it was contentious and blustery.

Rudy Giuliani: “I’m talking about the law and the conclusion. The facts, I’m still learning.”

How does one draw conclusions without knowing the facts?

Sunday takes
-Rudy is not well. He’s pulling a Nunberg but w/ POTUS approval
– Theres an empty set of scenarios where Cohen was not committing financial crimes as Trump’s bag man
– My guidestar for unknown craziness is Reince comment “take everything you hear & multiply by 50”

Remember how quickly the Mooch came and went?
You have to believe the Producer-in-Chief will pull Rudy off the air after several disastrous auditions in which he only has complicated the president’s legal morass.

Apparently Rudy Giuliani’s task is to finally relieve Chris Christie of his grueling time in purgatory.

I would urge the public to watch Mr. Giuliani’s full interview on @ThisWeekABC. An unmitigated disaster. This is what happens when you can’t keep your lies straight. #basta https://t.co/kuWTjkLT5B

Among the things Giuliani calls "the facts that we’re still working on” is finding out when Trump first knew about the payments to Stormy.

That seems like a pretty easy one to find out.

Honest question. Was Rudy Giuliani ever a good/great lawyer? People are treating this like a “fall”. A fall from what, mediocrity…

did michael cohen make payments to other women on behalf of president trump?

rudy giuliani on @thisweekABC: “i have no knowledge of that, but i would think if it was necessary, yes.”