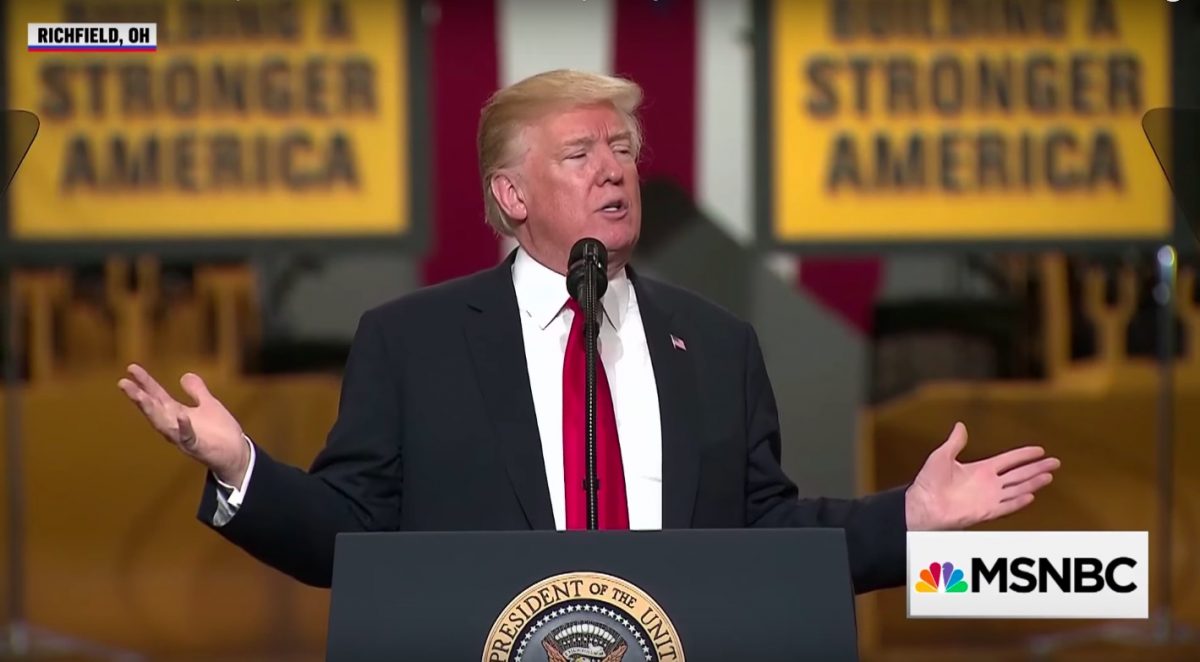 In a move that shockingly did not go over well on Twitter, President Donald Trump announced on Friday he had named April ‘National Sexual Assault Awareness and Prevention Month.’

Twitter users immediately reacted to the news by pointing out the obvious irony in Trump’s decision to name a month after sexual assault awareness. “This is an April Fool’s joke right?” one person asked. Another user shared a video of the president, along with senior adviser and first daughter Ivanka Trump, on Howard Stern’s radio program in which he says “it’s true” he’s a sexual predator while laughing.

Others called on Congress to investigate the multiple allegations against the president, which is the textbook definition of a backfiring. Check out some of the responses to Trump’s latest controversy below.

If it's National Sexual Assault Awareness and Prevention Month, then the American People need to be made aware of this: pic.twitter.com/mmhnHvkdyi

"NOW, THEREFORE, I, DONALD J. TRUMP, President of the United States of America, by virtue of the authority vested in me by the Constitution and laws of the United States, do hereby proclaim April 2018 as National Sexual Assault Awareness and Prevention Month. pic.twitter.com/7fV8HPEtOj

This is an April Fools joke right? https://t.co/lkzqTPO8wj

Did they honestly think they could slip this under the radar at 5 p.m. on a Friday on a major holiday weekend? That no one would notice that the most notorious serial sex abuser in the country is declaring "national sexual assault awareness and prevention month"? https://t.co/KK4yvWoo6U

this is like gallagher proclaiming watermelon assault awareness and prevention month https://t.co/GdSIOMsqtL

Reminder that the White House’s official position is that each of the *fourteen* women who have accused Trump of sexual assault are lying https://t.co/hoZi4CgkJy

Trump proclaims April "National Sexual Assault Awareness and Prevention Month," releasing this White House video with @IvankaTrump
to warn Americans about the danger of sexual predators among us.