Undercovered: In the Movies, Stalking Women Is ‘Cool’ and ‘Romantic’

Undercovered: In the Movies, Stalking Women Is ‘Cool’ and ‘Romantic’ 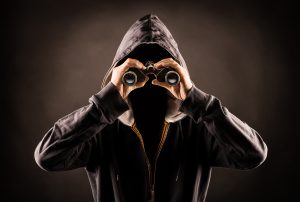 Activists are urging the south Indian film industry to reconsider the way it portrays stalking in locally produced movies.

The representations of spurned men pursuing women in films make stalking out to be the “cool, romantic thing to do,” they said. And these portrayals can have a dire real-world impact.

Nearly four out of five women in India have faced public harassment ranging from staring, insults and wolf-whistling to being followed, groped or raped, said a recent survey by the charity ActionAid UK.

“But our cinema has normalised this crime and encourages this impunity,” said Kirthi Jayakumar, founder of non-profit group The Red Elephant Foundation that promotes gender equality.

Many Tamil films are variations of the same theme – a boy falls in love with a girl, pursues her, she says no and then he stalks her till she reciprocates his affection. The movies bank on this well-worn plot to get box office cash registers ringing.

“The problem is when we watch these movies in an audience that is cheering the hero on, clapping and hooting, it gives the impression that everything being enacted is normal, acceptable behaviour,” Iswarya told the Thomson Reuters Foundation.