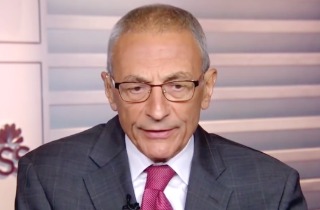 Several members of the Clinton campaign have blasted Comey today already, saying that yesterday’s short, vague letter was “full on innuendo” that allowed Clinton’s enemies to “[make] up lies” and attack her without knowing any specific details on the matter. Even the Department of Justice reportedly warned Comey it would be a violation of department policy for him to release the letter as it was.

Clinton’s campaign chairman has gotten in on this, stating on Medium that it was “unfair to voters” that Comey put out something so “long on innuendo and short on facts.” Podesta said that not only was the move an intrusion on the state of the election, but that Comey helped Donald Trump without presenting any clear evidence of Clinton’s wrongdoing.

“Comey needs to come clean with the American people about what he found and answer all the questions about why he took this unprecedented step less than weeks before the election.”

Podesta went on to say that Comey’s letter has given Trump permission to keep making unsubstantiated attacks on Clinton, regardless of whether or not there’s any new information to be learned from the emails.

“Trump knows he can’t win on his character, temperament, or his policies,” Podesta said. “He’s behind, so he’ll cling to whatever he can.”