WaPo‘s ‘More Than a Millennial’ Tweet Is the New #BabyHitler 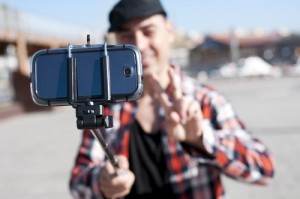 It’s not even Friday, but the Washington Post decided to grace the Internet with the next #BabyHitler-esque open question. No, they’re not asking if readers would go back in time and kill some other less terrible person whose name didn’t rhyme with “Mitler,” but they did bring up Millennials.

“‘I’m more than a millennial. I’m a ____.’ Tell us your story,” reads the tweet from the official WaPo Twitter account. The article it links to, written by PostLive digital producer Meena Ganesan, asks readers between the ages of 18 and 34 to fill out a Google form.

“We’ll share your responses here and at a summit The Washington Post is hosting Dec. 2, called inGENuitY, where entrepreneurs will discuss a generation upending industries, shifting economies and transforming society and culture.”

So why is this #BabyHitler-esque? First, because many of the first responses offered “Hitler,” “Baby Hitler” and similar alternatives as answers.

Otherwise, the comparison fits since — just like the Internet’s general response to #BabyHitler — most people aren’t taking it seriously. Like, at all.

I’m not a millennial. I’m you. @washingtonpost pic.twitter.com/o1budKWvqk

“The kind of millennial who likes to talk about how I’m more than a millennial.” https://t.co/yUxbakUfrZ

The only correct answer, btw, is “I’m more than a millennial, I’m a millenarianist” said while parachuting knife-in-mouth onto your foes.

.@washingtonpost a god in this hood