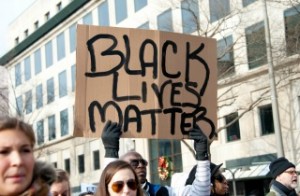 Earlier this week, the White House finally responded to a petition on their website demanding that Black Lives Matter be designated a terrorist organization.

The petition was created on July 6th––the day of the Dallas shooting––and reads as follows:

terrorism is defined as “the use of violence and intimidation in pursuit of political aims”. This definition is the same definition used to declare ISIS and other groups, as terrorist organizations. Black Lives Matter has earned this title due to its actions in Ferguson, Baltimore, and even at a Bernie Sanders rally, as well as all over the United States and Canada. It is time for the pentagon to be consistent in its actions – and just as they rightfully declared ISIS a terror group, they must declare Black Lives Matter a terror group – on the grounds of principle, integrity, morality, and safety.

The White House response mainly sticks to quoting President Obama‘s recent words about unity and building bridges, as well as his defense of the slogan “Black Lives Matter.”

And then they said this:

The White House plays no role in designating domestic terror organizations. The U.S. government does not generate a list of domestic terror organizations, and therefore we are not able to address the formal request of your petition. We encourage you to engage with your community in the ongoing discussion of how we can better build trust and safety in our communities.