Who’s Embedded With Whom? Videos Will Be Everywhere – or Invisible

Who’s Embedded With Whom? Videos Will Be Everywhere – or Invisible 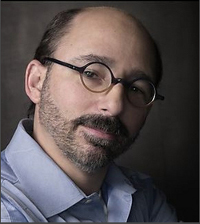 A very long time ago – 5 years to be precise – a rock band from Chicago called OK Go made a music video on a series of treadmills.

You remember it, don’t you?

Well, Damian Kulash sure does – he’s the lead singer of what had been an unknown band. But Damian and his mates made a video and without asking permission from their record label EMI, they put it up on a little-known site called YouTube.

The rest is viral video history.

“We shot it at my sister’s house,” explained Kulash in the New York Times. “But back then record companies saw videos as advertisements, so if my band wanted to produce them, and if YouTube wanted to help people watch them, EMI wasn’t going to get in the way.”

This sounds good, right? Kulash says they thought so:

“As the age of viral video dawned, “Here It Goes Again” was viewed millions, then tens of millions of times. It brought big crowds to our concerts on five continents, and by the time we returned to the studio, 700 shows, one Grammy and nearly three years later, EMI’s ledger had a black number in our column. To the band, “Here It Goes Again” was a successful creative project. To the record company, it was a successful, completely free advertisement.”

What folks didn’t know, even back then, was that a large portion of YouTube’s audience was watching YouTube videos on various pages across the web – what has come to be known as “Embedded” videos. YouTube plays on other people’s pages, and that trend has only intensified since the famous treadmill musicians hit the scene.

Now, YouTube has technology that gives owners the technical ability to recognize complex patterns, and the authority to control who is allowed to embed video, and where it’s allowed to go.

So, when Margaret Stewart presented at talk at TED called “Memes, Mash-Ups and Monetization: Rethinking Copyright in the Digital Age” I wasn’t sure what to expect.

First, Stewart told the technology story. Yes, Google has the technology to be able to determine who is the owner of any piece of music that has been registered with them. And yes, when music is uploaded to YouTube, record labels can decide if they want to have them be embedded or kept off the web.

Stewart told the story of the now-legendary music video about the wedding entrance in a Minnesota church to the Chris Brown song “Forever” (embedded here).

Stewart reminded the audience that the song was old, and hardly popular, before the wedding video rocked the world. 18 months after it had been released it was #4 on iTunes – thanks to the viral popularity of the wedding march. 17 million people watched the video, and not surprisingly bought the song. A viral hit became a monetization home run for Zomba, Brown’s record label.

Stewart’s point: allowing content to move around the web is good business strategy. She says that empowering video sharing through rights management can be a win-win. Basically she offered an appeal to rights’ holders to set open sharing rules on their content in You Tube’s content matching database.

And she’s not alone. Joy Marcus, the General Manager of DailyMotion.com, says it best: “2010 will be known as the Year of the Video Embed.”

But the folks at OK Go (the treadmill band) sadly report that not everyone is getting the message.

“EMI disabled the embedding feature. Now we can’t post the YouTube versions of our videos on our own site, nor can our fans post them on theirs. If you want to watch them, you have to do so on YouTube,” Kulash laments.

Kulash continues, “But this isn’t how the Internet works. Viral content doesn’t spread just from primary sources like YouTube or Flickr. Blogs, Web sites and video aggregators serve as cultural curators, daily collecting the items that will interest their audiences the most. By ignoring the power of these tastemakers, our record company is cutting off its nose to spite its face.”

But not all labels have their head in the sand. When I tested the YouTube music matching software with a photo montage that I created from my pictures from TED, I used the David Bowie song “Let’s Dance” and uploaded the mash-up to YouTube, expecting to get a “sorry – copyrighted music” warning.

But happily, the folks at SONY seem to get what EMI doesn’t – instead, they put a little “buy this song” add at the bottom of the video – fine with me.

There’s a change in the air. It’s a change about video. And it’s going to have an impact on video makers, video sites, and video watchers alike. It’s what rocker Kulash called “the basic mechanics of the Internet” – embedding.

Steve Rosenbaum is the CEO of Magnify.net. Damian Kulash Jr. is the lead singer and guitarist of the band OK Go.