Will Someone Please Get Edward Snowden Some Cheese To Go With His Whine?

Will Someone Please Get Edward Snowden Some Cheese To Go With His Whine? 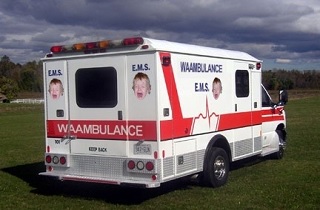 Any smidgen of respect or sympathy I might have had for NSA leaker Edward Snowden (which, admittedly, was very little to begin with) dried up a long time ago, but his most recent statement, via Wikileaks, must surely be testing the patience of even his admirers. Assuming he wrote the statement himself, the letter is so full of willful misinformation and self-pity that President Obama has vowed to keep the jets, and scramble a squadron of Wahhhmbulances to pick Snowden up.

Whether you agree with Edward Snowden’s actions or not, the American tradition of dissent requires that you acknowledge his intent, which he and Guardian Glenn Greenwald compare to the spirit of civil disobedience embodied by the likes of Henry David Thoreau. Before fleeing to Russia, Snowden acknowledged that tradition by claiming that he did not intend to hide from justice. Fine, he pivoted from that promise to a quest for “asylum” because he and Greenwald didn’t like the form that justice was taking, which was a criminal indictment. Now, in his statement via Wikileaks, Snowden whines anew about the form that justice is taking:

On Thursday, President Obama declared before the world that he would not permit any diplomatic “wheeling and dealing” over my case. Yet now it is being reported that after promising not to do so, the President ordered his Vice President to pressure the leaders of nations from which I have requested protection to deny my asylum petitions.

This kind of deception from a world leader is not justice, and neither is the extralegal penalty of exile. These are the old, bad tools of political aggression. Their purpose is to frighten, not me, but those who would come after me.

For decades the United States of America has been one of the strongest defenders of the human right to seek asylum. Sadly, this right, laid out and voted for by the U.S. in Article 14 of the Universal Declaration of Human Rights, is now being rejected by the current government of my country. The Obama administration has now adopted the strategy of using citizenship as a weapon. Although I am convicted of nothing, it has unilaterally revoked my passport, leaving me a stateless person. Without any judicial order, the administration now seeks to stop me exercising a basic right. A right that belongs to everybody. The right to seek asylum.

Once again, I have no problem with Snowden rationalizing his flight from justice as “asylum-seeking,” but his infantile screed relies on the United States adopting his delusion as well. This is really simple. Revoking Ed Snowden’s passport isn’t “wheeling and dealing,” it’s the law. It’s how we deal with fugitives. Edward Snowden is a hero to Edward Snowden, but legally, he’s a fugitive. The President isn’t “rejecting the human right to seek asylum,” he is following the law concerning fugitives. Snowden is still free to seek asylum, but the President has no duty to assist that effort, he has a duty to oppose it.

He’s right about one thing, though. His current “exile” is not justice. Returning to the United States, facing a jury of his peers, and maybe getting a year’s probation is what we call justice. If he doesn’t trust us to mete it out, that’s his business, but he ought to stop acting like justice is a thing he gets to work out ahead of time. The only thing extralegal about Ed Snowden’s “exile” is his refusal to face the music, which is the important second half of civil disobedence.