With Terrorism Fears Looming, There Are 147 FBI Agents Working On Hillary’s Emails
Opinion

With Terrorism Fears Looming, There Are 147 FBI Agents Working On Hillary’s Emails 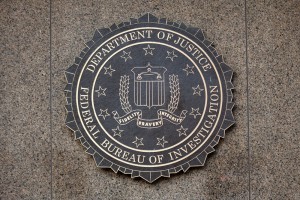 You might not have noticed, but there was a big terrorist attack last week, and now, we’re actually discussing whether or not we need to have police “patrol Muslim neighborhoods” to keep us safe, and even the non-crazies are afraid we’ll be attacked, and what are a full one percent of our FBI agents doing? Rooting through Hillary Clinton‘s email server, if a buzzed-about new report from The Washington Post is to be believed:

One hundred forty-seven FBI agents have been deployed to run down leads, according to a lawmaker briefed by FBI Director James B. Comey. The FBI has accelerated the investigation because officials want to avoid the possibility of announcing any action too close to the election.

That’s not even the amazing part, though. The amazing part is the set of conclusions to which this revelation is bringing people in the media, mainstream and otherwise. The Fix’s Chris Cillizza writes:

For me, the 147 number was eye-popping — suggesting this investigation was far more wide-ranging than I, at least, believed. That doesn’t mean Clinton is guilty — or anything close to it. But it does suggest that this is not a sort of obligatory look-see by the FBI.

The 2016 presidential election is over seven months away, but the Democratic primary, in which Clinton has successfully fended off Vermont Senator Bernie Sanders thus far, is operating on much shorter timetable. Indeed, there’s some anxiety among Democrats on the national stage about the possibility of Clinton receiving an F.B.I. indictment after the Democratic convention, by which time she would have presumably won enough delegates to capture the nomination, but before the actual election, when such an indictment would render her candidacy toxic, with no other option to replace her.

Admittedly, this is a different kind of investigation with different levels of political considerations, but in my experience doing criminal defense work as an attorney, when even half this many FBI agents get involved in an investigation, the end result is that several people are going to get charged with something.

These are all fascinating points, as far as they go, but why aren’t even conservatives outraged that fully one percent of our entire complement of FBI agents is working on Hillary Clinton’s emails, when we’re all supposed to be peeing our pants about an ISIS attack because of political correctness? The headlines write themselves; FBI Makes America Less Safe So They Don’t Queer Election For Democrats.

Just to give you some sense of perspective, in 2012, there were 103 joint terrorism task forces in the United States, each with an average of forty-two members. That means that there are about three and-a-half joint terrorism task forces worth of FBI agents working on Hillary Clinton’s email server. If the agents working on Hillary’s email were only black women, there would only be nine black women left for the entire rest of the FBI. In short, this is a staggering number of agents to devote to a single task, and a staggering load to swallow if you think this revelation just means that Hillary Clinton’s emails really must be the big deal everybody says it is.

If true, it means that the FBI is engaged in an egregious and politically-motivated misdirection of resources at a time when public fears about terrorism are at a fever pitch, when at least some of those 147 agents could be, maybe, vetting some Syrian refugees or something?

The other option is that everyone involved is completely full of crap. The WaPo report, for example, pretty nakedly reveals that its source is a Republican lawmaker or staffer recounting what they say Comey told them in a briefing, which means those 147 agents may or may not be agents, and may or may not all be working on the email issue at the same time, or for significant man hours. I’m reminded of the great Stephen Wright line about confronting a shopkeeper whose store is closed despite a sign declaring it open 24 hours. “Not in a row,” he says.

“One hundred forty-seven FBI agents have been deployed to run down leads” could mean, say, ten agents working the case and 137 running down a lead apiece, or it could mean anything in between. We don’t know, and the WaPo reporter just printed what was spooned into his hungry maw. What we do know is that the people hyping this development, as with much of the hype surrounding this “scandal,” is that they don’t seem to believe it themselves. In this case, I don’t think anyone really believes there are anything close to 147 FBI agents working on the email story, because if they did, they’d be raising holy Hell that those resources aren’t being devoted to fighting the terrorism they all say they’re worried about.