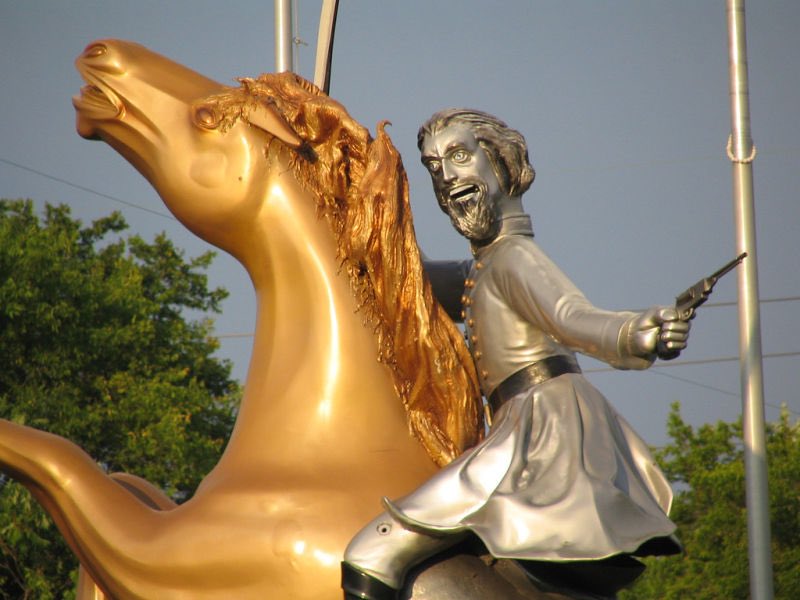 President Donald Trump was tweeting about Confederate monuments Thursday morning, calling it “sad” to see the “country being ripped apart with the removal of our beautiful statues and monuments.”

Sad to see the history and culture of our great country being ripped apart with the removal of our beautiful statues and monuments. You…..

In a subsequent tweet issued ten minutes later, Trump continued that “you can’t change history, but you can learn from it,” before reiterating his slippery-slope argument against removing statues:

…can’t change history, but you can learn from it. Robert E Lee, Stonewall Jackson – who’s next, Washington, Jefferson? So foolish! Also…

He wrapped up his thoughts, another ten minutes later, arguing that the “beauty” of Confederate monuments “will be greatly missed and never able to be comparably replaced!”

…the beauty that is being taken out of our cities, towns and parks will be greatly missed and never able to be comparably replaced!

The debate over what to do with our Confederate monuments was renewed over the weekend, after a number of white supremacist and neo-Nazi hate groups descended on Charlottesville, Virginia to protest the removal of a Robert E. Lee statue.

They were met with anti-Nazi counter-protestors, and violent clashes ensued, culminating in an act of domestic terror: a 20-year-old white supremacist plowed his car into a crowd, killing Heather Heyer, 32, and injuring 19 others.

In the immediate aftermath, Trump provided a brief statement on the terror attack loaded with equivocations, and was forced to give an additional statement — in which he explicitly condemned hate groups — on Monday after intense backlash.

But then, on Tuesday, Trump doubled down on his “both sides” are at fault narrative, and issued a defense of Confederate monuments, arguing that their removal could entail a slippery slope and eventual removal of odes to George Washington.