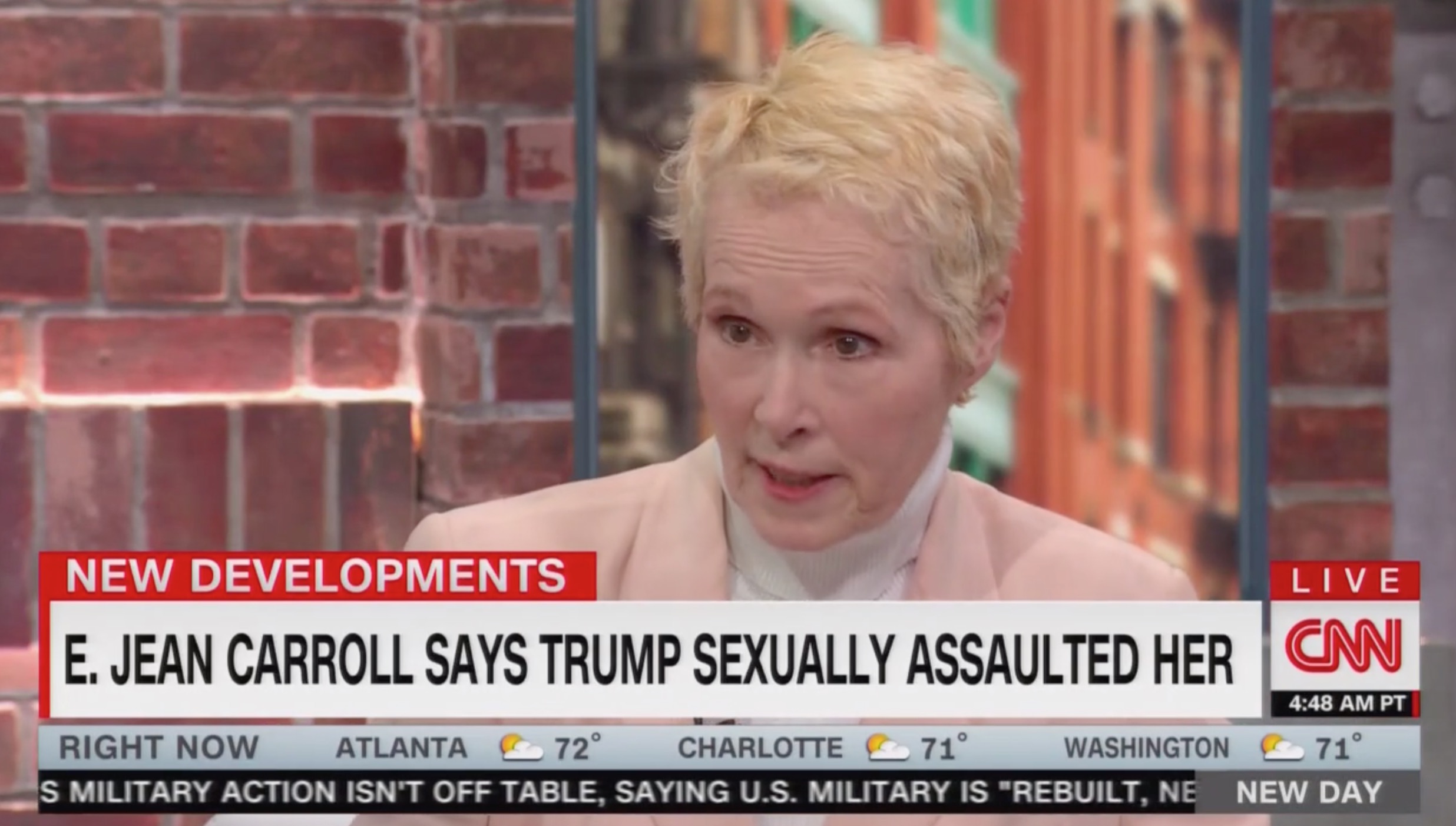 When I wrote earlier this week about coverage in The New York Times of the sexual abuse allegation by advice columnist E. Jean Carroll, I believed President Donald Trump was acting like a man who is hiding something, but also had several concerns about the nature of Carroll’s dramatic revelation. One of those concerns was the fact that the two corroborating witnesses mentioned in Carroll’s account, 23 years after the alleged event, had not publicly detailed their stories, or even allowed their names to be attached to the story.

That issue was finally resolved today when The New York Times released a podcast interview with Carroll and the two friends to whom she told her story back when it apparently happened (though there is still no specific date for the episode). Here are my initial takeaways from the interview, which is important and compelling.

After listening to this interview twice, I am now confident that, as I already suspected, Trump is lying about nothing having happened between him and Carroll. However, I am not 100% convinced that what happened was “rape,” at least not as it might have been understood in the late 1990s.

To be very clear, I am not remotely excusing what likely happened here, but only trying to define it properly. There is nothing in Carroll’s telling of the story which is inconsistent with a highly inappropriate encounter where Trump, being a celebrity egomaniac who thinks that a woman clearly being “charmed” by him (something to which Carroll admits) is an open invitation to make a sexual advance.

After all, as Trump infamously told Access Hollywood, “When you are a star, they let you do it. You can do anything.”

In this scenario, Trump badly misreads the situation, acts in an absurdly inappropriate manner, Carroll fights back, and Trump retreats not thinking that he had committed an actual crime. Carroll, seeing the episode much the same way, decides not to go to the police and then, only after the Harvey Weinstein story breaks, does she rethink the situation in the context of the new standards for what constitutes a sexual assault (in this interview, Carroll essentially admits that, at some level, this last part is exactly what happened).

Does this mean that Trump should somehow be let off the hook here? Absolutely not. He is obviously lying about a situation which, at best, should destroy any claim he has to Christian values and support. At that level alone, this story is significant.

There is one more aspect of this development which the liberal mainstream media will totally ignore because it doesn’t fit their agenda. That is how these corroborating witnesses for Carroll make Christine Ford’s highly controversial claim against Brett Kavanaugh so much less powerful.

If Ford had two friends like this who could have substantiated any part of her claim against Kavanaugh, there is zero doubt that his Supreme Court nomination would have been immediately withdrawn. Instead, she had absolutely zero corroboration (even from the people she says were there), despite the fact that, as Carroll’s story demonstrates, that type of evidence should be mandatory for a claim that old, with stakes so high, to be accepted as truth.