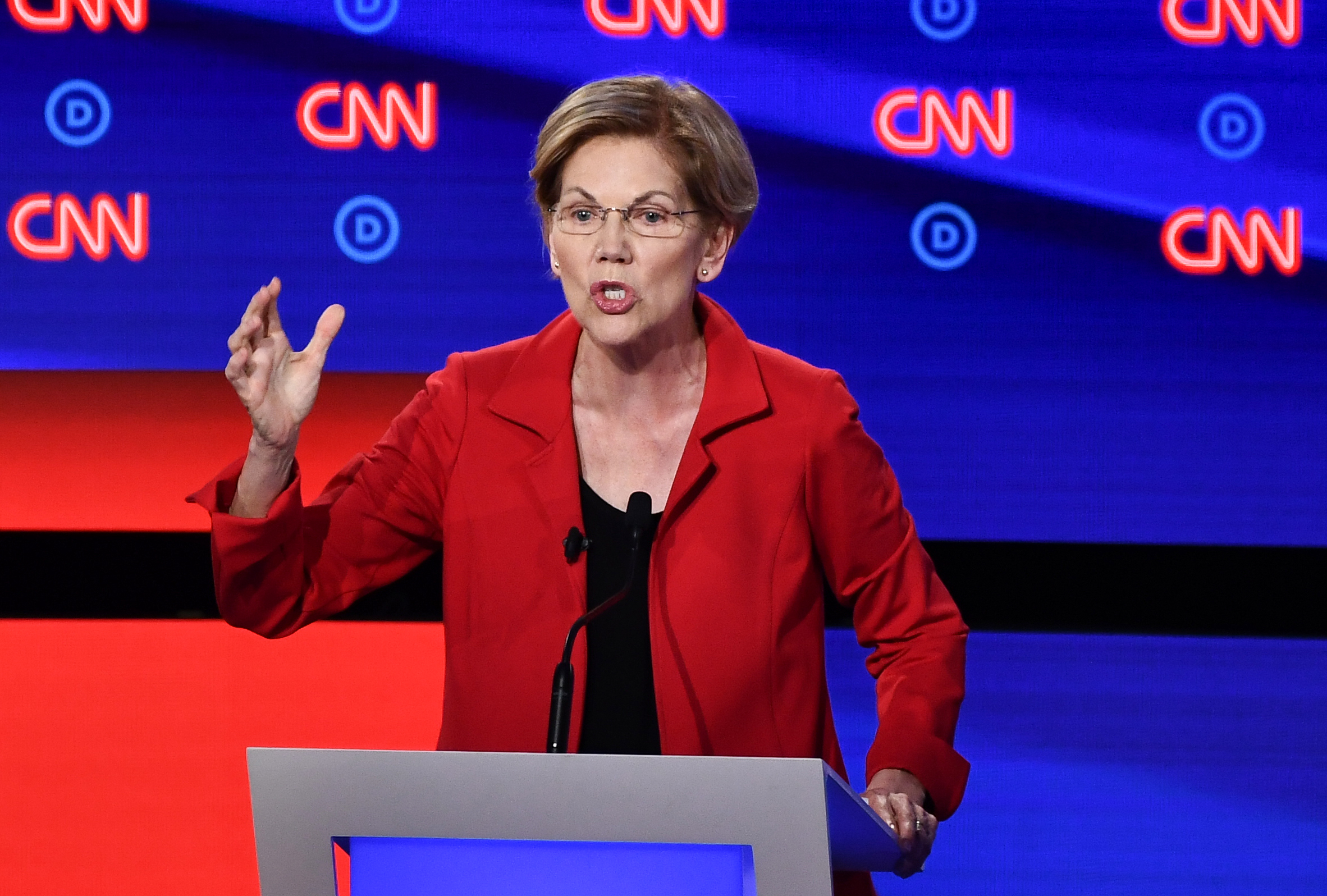 Last night, according to even this website, Democratic co-frontrunner Senator Elizabeth Warren “brought down the house” at the CNN “Equality Townhall” with a “drop the mic” moment. While extremely well received among progressives, this remarkable exchange with a questioner is also sure to become a ready-made Trump campaign ad if she ends up winning the Democratic presidential nomination.

The question was about how Warren would speak to a “traditional” person of “faith” on the campaign trail regarding her support of same-sex marriage. Her response, while clearly designed for the woke crowd in the room, was a shocking unforced error for someone who will likely have to win at least either Pennsylvania or Florida to defeat President Donald Trump.

Her initial reaction was, inexplicably, to presume rather contemptuously that such a question is so dumb and bigoted that it could only come from a man. Huh?! How is THAT insult not discriminatory in and of itself, not to mention offensive to the many women who still believe that the government should only incentivize unions between one man and one women.

Then Warren ended her answer with the “mic drop” of suggesting that the man in question should go and marry a women, assuming he can even find one who will marry him. The obvious implication being that such a conservative cretin would find obtaining a marriage partner very difficult.

To be clear, her self-made misstep has almost nothing to do with the actual issue of same-sex marriage, which no longer swings many votes in either direction. However, it has everything to do with how her open disdain for Christian men will play in the key states that she would have to win in the 2020 general election.

One of the many things that liberals don’t seem to fully grasp about this coming election is that, barring a “Black Swan” event, we already know exactly which states, and even which voters within those states, are going to decide the winner. If Warren is Trump’s opponent, she either needs to win Wisconsin, Michigan, and Pennsylvania; or Florida and some combination of two of those other three states.

I am perfectly willing to cede her Wisconsin and Michigan, as Trump winning them in 2016 (against Hillary Clinton, who was a remarkably similar, though arguably stronger candidate, compared to Warren) was a Russian-aided fluke facilitated by Democratic complacency. Pennsylvania and Florida, however, where Trump won by getting an enormous voter turnout in 2016, are very different stories.

While it is certainly very possible that continuing scandal and a slumping economy will eventually allow virtually anyone to defeat Trump, presuming that environment is an incredibly dangerous calculation for both Democrats and the country. Considering the extremely high stakes, Democrats must presume that the Trump they are going to face, backed by incumbency and huge amounts of money, will still be potent and viable.

Under the scenario of a very close election (basically a repeat of 2016), this means that the Christian males for whom Warren displayed open disdain last night will be an incredibly important voting block in the two states that will likely decide the outcome. And to be clear, what she said, if framed in the manner that Trump’s team would likely do so, will be insulting not just to rural whites, but also to religious blacks, two groups with significant representation in Pennsylvania and Florida.

Of course, right now Warren is only getting applause for what she did. That, among other problems, will fuel her predilection to say similar things again in the future, all while Trump’s campaign team salivates over the video clips they immediately save onto multiple hard drives. A weakening Joe Biden can’t make an issue of this because he will be attacked as not woke enough, and neither will any of the other major candidates for fear of losing their last hope at the nomination.

This is where the mainstream media’s overt liberal bias actual helps Trump, perhaps decisively. If there was anyone in the liberal media — which is all Democratic primary voters consume — who understood how certain voters were likely to react negatively to what she said (and the way she said it), and were not also terrified of upsetting their progressive base of customers, they would at least be sounding the warning bells about how she may be setting herself up for a fall in a general election against a political machine which pulls no punches.

But none of that is at all likely to happen. Instead, Warren’s momentum will continue to grow and, unless Biden hits a home run in next week’s debate, the nomination will soon be hers to lose. If so, the biggest winner would very likely be Trump, who clearly sees facing Warren, for good reasons, as by far the easiest path to a second term, which is obviously why the entire Ukrainian scandal was birthed in the first place.