The Interview: Chris Ruddy on Newsmax, Fox News, and Trump

‘I Don’t Care If I Lose Half My Audience’: Newsmax CEO Chris Ruddy Talks 2020 Election, Fox News Criticism and What’s Next For Trump on The Interview 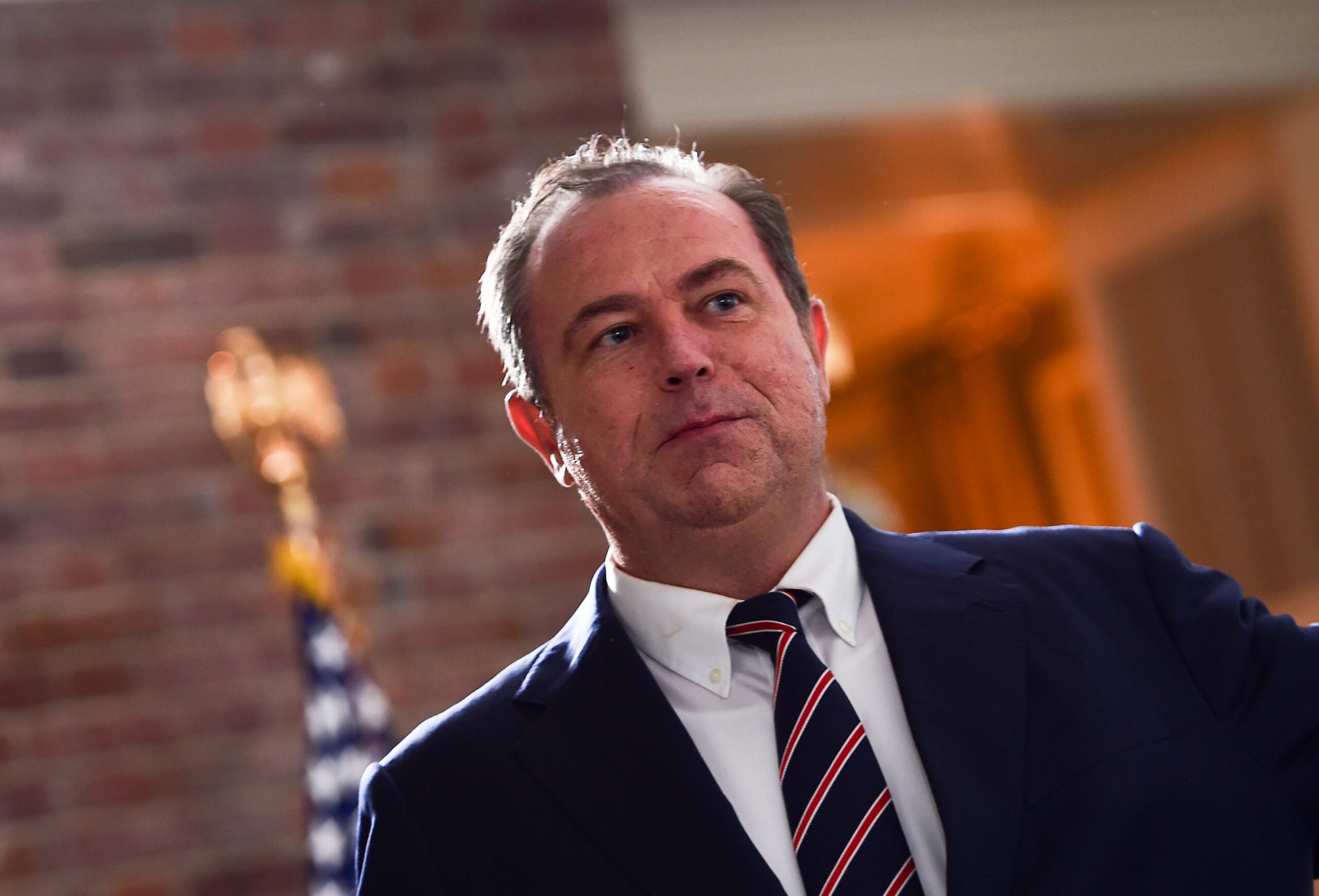 Newsmax CEO Chris Ruddy joined me for this week’s episode of The Interview, as his network draws headlines and millions of viewers thanks to promotion from President Donald Trump, decidedly pro-Trump coverage of the 2020 election, and the controversial decision to refrain from calling the 2020 election for Joe Biden.

That refusal has come despite Joe Biden being declared winner by all major news outlets — including Fox News, which has seen a revolt amongst Trump supporters who believe the president when he says the race is not over.

Since election night, ratings are dipping at Fox News and surging at Newsmax. Meanwhile, the president has encouraged supporters to move to more loyal outlets. Ruddy says editorial decisions made by Fox, like calling Arizona for Biden before any other outlet, is an explanation for the recent trend. Biden ended up winning Arizona, but the early call from Fox enraged Trump, his campaign, and many of his supporters. Ruddy also noted that Newsmax has seen growth all year, thanks to a lineup of hosts that includes former Fox Newsers like Greg Kelly and Rob Schmitt.

To be clear, while Fox is experiencing a ratings dip, the network remains the top rated on cable news, and its numbers still dwarf those of the highest-rated show at Newsmax. Greg Kelly has drawn more than 1 million viewers on some nights, thanks no doubt to his optimistic message that Trump still has a chance at re-election.

“It’s more of a war than a battle,” Ruddy told me of his take on the surge, dismissing too much of a focus on the current numbers.

“I think they’ve been schizophrenic as a network,” Ruddy said of Fox. “On one hand, the opinion shows have been totally devoted to President Trump, probably beyond where they should have gone. And then the daytime shows on the weekend with Chris Wallace and [Neil] Cavuto and Shep Smith when he was there, Judge [Andrew] Napolitano, was highly critical of the president on the other side.”

CNN and MSNBC, he said, have been more consistent in their tough-on-Trump editorial approach, and Newsmax has sought to have a similar consistency on the other side of the aisle.

While Ruddy insists Newsmax is a news network and not Trump TV, its current success is mostly based on telling viewers that there is credence to Trump’s false claims he won the election until it was stolen.

That approach might not last forever. Ruddy told me that when states certify the results, as Georgia did for Biden last week, Newsmax will report those states as Biden wins. There is a slew of certifications scheduled for this week, which means time is running out on Newsmax’s reluctance to call the race for Biden.

I pointed out that this could result in the same problem faced by Fox: If your audience is convinced that Trump actually won the election, they will turn on you when you eventually report otherwise.

Ruddy said he is unconcerned about upsetting those viewers. “I don’t care if I lose half my audience,” he said, insisting that Newsmax will respect the results of state certifications.

Ruddy, a longtime friend of Trump, told me the president called him last Wednesday to congratulate him on the network’s recent success. He also said the president truly believes he has a shot, albeit a small one, to overturn the results and secure a second term.

“He seemed to think… that he was in a strong position to win the election. He thinks it was stolen, and he thinks that the recounts will benefit him, and the legal actions. He’s very positive, for instance, on Michigan.”

The evidence of a stolen election has been lacking.

Ruddy and I spoke on Saturday, days after Trump’s legal team held a wild press conference during which they presented a series of outlandish conspiracy theories to support their claim that Trump won. On Saturday evening, a judge had tossed their attempt to challenge the vote in Pennsylvania. On Sunday, the legal team had ousted Sidney Powell, the author of a vast conspiracy theory alleging the vote was stolen from Trump by communists, Venezuelan voting machines, and top members of the Republican Party.

While Ruddy concedes that Biden is likely to be the next president, he pointed to several instances that have been cited by the Trump campaign as reasons to question the results of the election. There are scattered instances of fraud in every election, and 2020 is no different. There is no evidence that the irregularities are great enough this year to overturn the results.

As far as Trump’s next steps, Ruddy said that he will remain “a kingmaker in the Republican Party.”

“I think he’s not going to be involved with one channel. He’s an omnivore when it comes to media, he likes all media,” Ruddy said, noting Trump appeared regularly on CNN, CNBC, Fox News, and MSNBC before he ran for president.

And if the president wanted a show on Newsmax? “We would certainly entertain it,” Ruddy said.