‘Irony is Dead’: Don Jr. Mocked for Calling Out Hunter Biden For Nepotism 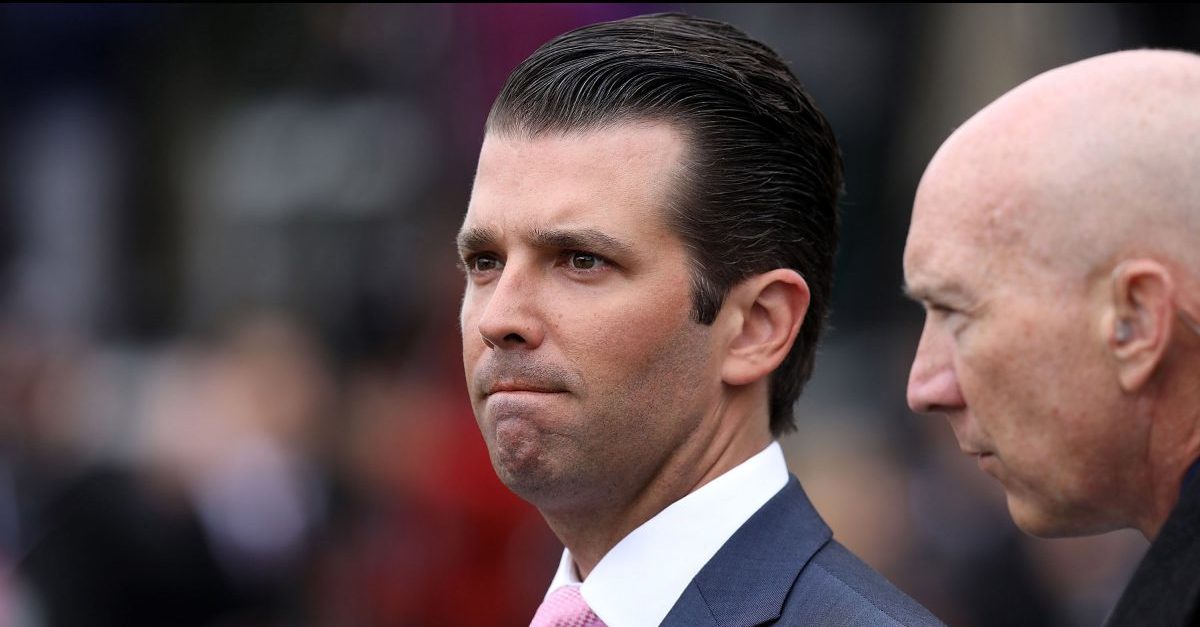 Biden defending his work with Ukrainian and Chinese businesses in an interview with ABC News on Tuesday, in light of President Donald Trump’s efforts to have him investigated by foreign leaders. Biden railed against the “completely debunked” conspiracy theories advanced by Trump and his allies, and while Biden conceded that he had “poor judgment” about the political optics of his actions, he made the case that everything he did was legal.

At one point in the interview, Biden acknowledged that him being the son of former Vice President Joe Biden “probably” had something to do with how he got a job as a board member of the Burisma gas company. Trump Jr. noticed this segment, so he tweeted out the quote in order to pronounce the interview a “dumpster fire” for the ex-veep’s 2020 campaign:

Dumpster fire at Biden HQ! “It is impossible for me to be on any of the boards I just mentioned without saying that I’m the son of the vice president of the US. I don’t think that there’s a lot of things that would have happen in my life that if my name wasn’t Biden” Hunter Biden

In turn, Trump Jr.’s tweet received notice of its own, which came in the form of widespread mockery. Most of the people laughing at the president’s son pointed out that Biden is at least aware that he has benefited from nepotism, unlike Jr.

2. Executive Vice President for the Trump Organization, his father’s company

3. Judge on the Apprentice, his father’s TV show

If your last name wasn’t Trump you’d be lucky to be selling used cars https://t.co/3wxPDzvnGR

The Trump family super-power is being able to operate in a state of such supreme shamelessness, bad faith, and hypocrisy that you stun opponents into befuddlement. https://t.co/rYL4LvRJpi

Imagine being *this* lacking in self-awareness. https://t.co/rVQW9HiC5n

people are dunking on jr for this but honestly i bet it’s incredibly peaceful and zen-like to have zero self-awareness https://t.co/qh290nsjgS

The kind of introspective joke you make when you owe your job and your entire career path to your father and think that other people are screw-ups or corrupt for exactly the same reason. https://t.co/uvn3KsFYOV

Say what you will about Hunter Biden, at least he is self-aware. https://t.co/6aK6kYoQF0

World record achieved – and likely never to be broken – for self-unaware projection: https://t.co/gT214Ium8E

Trump's less able son is an executive vice president of the company that he uses to accept payments from foreign powers in exchange for dangerous policy favors and they're desperate for us to believe that everyone is just as corrupt. https://t.co/JoPMueECAU