Mike Pompeo Triples Down on Dust-Up With NPR’s Mary Louise Kelly: ‘I Hope She Finds Peace’ 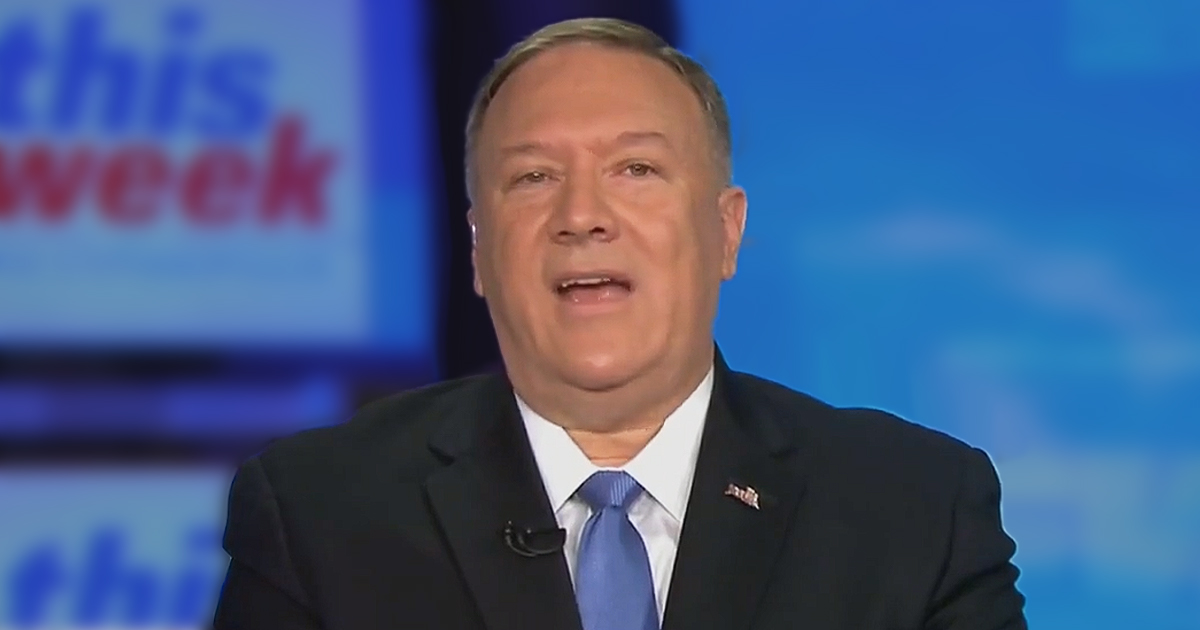 During an interview with Kelly last week, Pompeo abruptly left after being asked about Ukraine, before his aide allegedly called Kelly into his office.

Following the interview, Kelly claimed Pompeo shouted at her, dropped the F-bomb, and asked her to point out Ukraine on an unlabeled map.

Pompeo released a statement the next day that didn’t deny any of her claims, called her a liar, and implied she couldn’t locate Ukraine on that map. On Wednesday, he doubled down on that doubling down.

“Look, go back and take a look. There’s a lot of history with NPR and Mike Pompeo and Iran. It goes back to 2015. 2015, where NPR lied,” declared Pomeo in a statement addressing the interview, according to Los Angeles Times White House correspondent and MSNBC analyst Eli Stokols. “They took money from Plougshares, and were part of the Ben Rhodes echo chamber, and they ultimately had to go on air say, ‘yup, it’s true, we took money from Plougshares and didn’t disclose it’ after enormous pressure from Congressman Pompeo. So there’s a lot of history there.”

“I took a leap of faith with Mary Louise, invited her to the State Department back in December, we had a great conversation, she asked me if I’d do her the favor of granting her an interview,” Pompeo claimed, adding, “I said, ‘Sure, there’s a lot of history to fix. Let’s talk about Iran.'”

“She agreed that we would talk about Iran and we set up an interview,” the Secretary of State concluded. “I hope she finds peace.”

Pompeo just spoke on his plane about his NPR meltdown, said “there’s a lot of history with NPR” and that he hopes ⁦@NPRKelly⁩ “finds peace.”