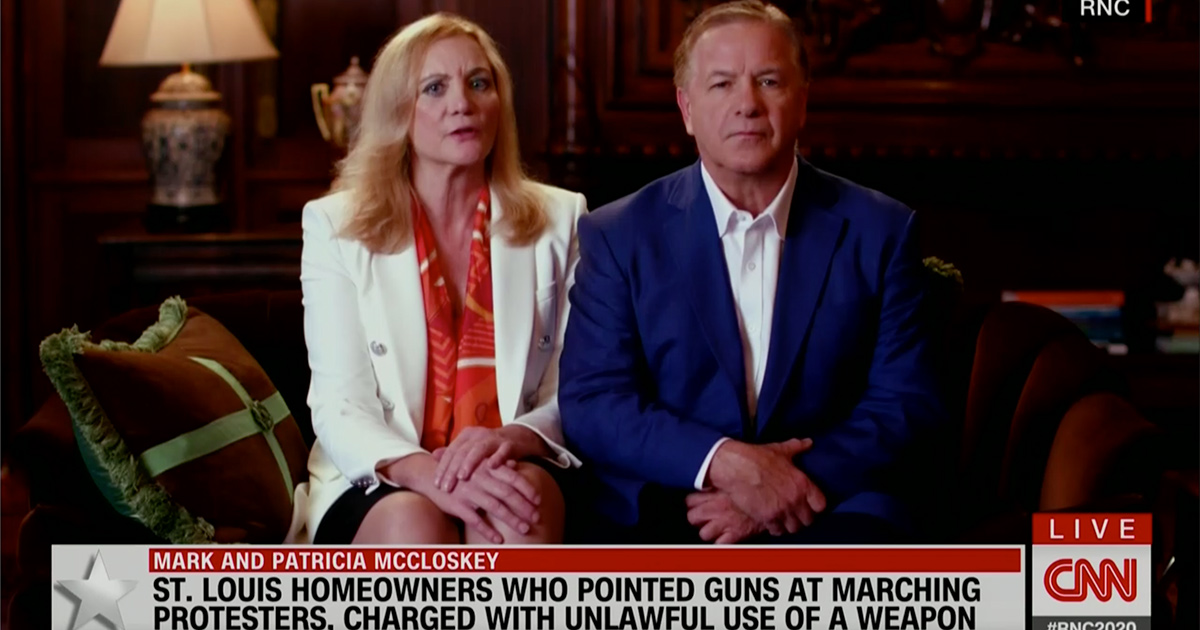 Mark McCloskey, the St. Louis lawyer who infamously pointed a gun at Black Lives Matter protesters last year alongside his wife, is considering a run for Senate.

Politico reports that McCloskey recently spoke at a Jackson County GOP dinner that was attended by former Governor Eric Greitens and state Attorney General Eric Schmitt. Both officials have announced their intention to run for Roy Blunt’s (R) senate seat once he retires, and even though McCloskey didn’t have a timeline for getting into the race, he told Politico he’s weighing the possibility of his entry.

“I can confirm that it’s a consideration, yes,” he said.

McCloskey and his wife, Patricia, drew significant media attention last year when they armed themselves to defend their mansion while people nearby were protesting the murder of George Floyd. The couple was indicted on charges of evidence tampering and the unlawful use of weapons, but they became celebrities among conservatives claiming that leftist protesters were spreading chaos and anarchy throughout the country.

Former President Donald Trump called it “disgraceful” that the McCloskey’s were being charged, and they ended up giving a speech for the 2020 Republican National Convention where they warned that “radical Democrats” and “Marxist, liberal activists” were a threat to gun rights and suburban communities.