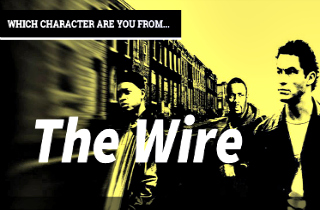 In season five of The Wire, the HBO show turned its withering gaze upon the newsrooms of the Baltimore Sun; and definitely nothing else crazy like a made-up serial killer plot, because that totally never happened.

The idea was that newspapers, like every other facet of city life –- schools, the police department, politics, labor –- had been corrupted by dehumanizing bureaucracy. That the beating heart at the center of each of these institutions had been plundered by indifferent, venal, hyper-capitalistic top-down market forces. The newspaper had become a shell of its former self, its role as a bulwark against unchecked power and abuse essentially neutered, and all that were left were fabulists and conmen peddling lies.

David Simon explained the downward shame spiral of the newspaper on his blog last year. After the consolidation and corporatization of the news, he wrote, “Then the newspapers went to the internet hat in hand, afraid to charge for their weakened, eviscerated product and hoping against hope that giving the news report away for free would somehow encourage a revenue stream. The mavens of new media lied.”

Considering that that season aired six years ago, those were practically the golden years of journalism compared to what we have today. Take this offering from the Baltimore Sun this week: Which Character Are You From The Wire?

That sound you just heard was David Simon’s scally cap exploding into flames.

What we have here is a major city’s daily desperately trying to keep up with the internet. At the risk of sounding too self-aggrandizing, this is exactly the sort of thing I was talking about in this piece here about the broken internet. It’s the further BuzzFeedification of newspapers who realize that they simply cannot compete with the disposable pace of the social internet. And yes, I do specifically blame BuzzFeed. I don’t care how many reporters they have on the ground in Kyiv, it’s like an arsonist burning down half the city then wanting a pat on the back for operating a handful of fire hydrants.

Speaking of which, here’s an idea for their next quiz: “What Kind Of Reporter On the Ground In Kyiv Are You?”

The Baltimore Sun knows that no one is going to share a story about a shooting on Greenmount Ave. into their newsfeed. But a funny little jerk-off quiz about a TV show? Now that’s gold. But the fact that this quiz in particular reduces what most of us consider to be one of the most revered pieces of drama of our generation –- one that was specifically about the death of the newspaper and the concocting of bullshit to sell stories to people –- makes it all the more sadly ironic. Even worse, it’s not even that good. “What’s your favorite TV show?” is one of the questions? Fuck off.

As Simon wrote, invoking Orson Welles, “It’s easy to make money when all you give a fuck about is making money…”

And in case you’re wondering, the answer I got is that I am Jimmy McNulty, which makes sense, because I just don’t give a shit anymore.