Charles Koch Confesses His Partisanship Made a 'Mess'

‘Boy, Did We Screw Up!’ Conservative Megadonor Charles Koch Confesses His Partisanship Made a ‘Mess’ of the Nation 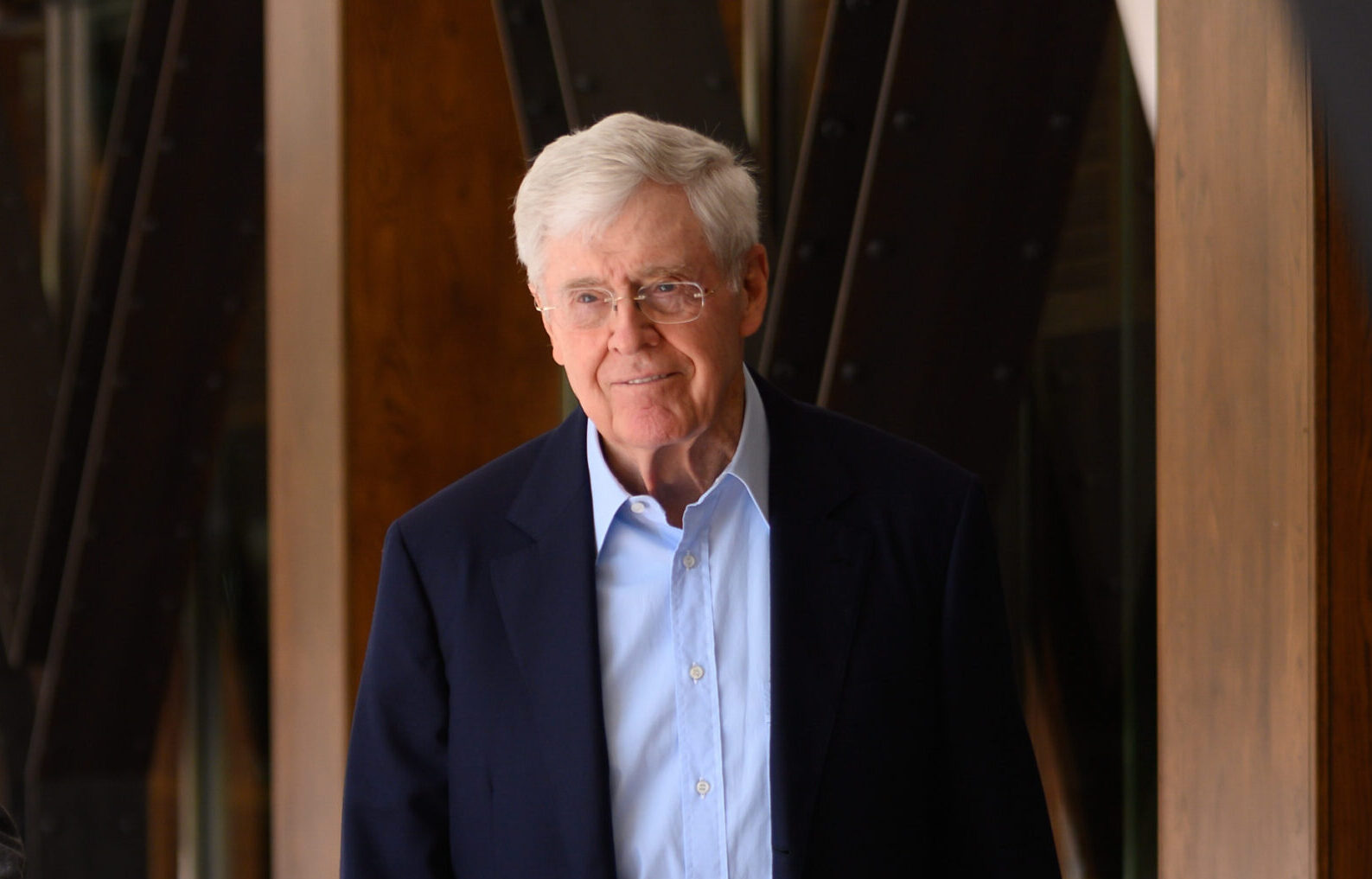 The multi-billionaire, known for funding conservative causes, opened up to the Wall Street Journal about his politics ahead of the release of his book Believe in People: Bottom-Up Solutions for a Top-Down World. After decades of controversial work pushing partisan causes in America, Koch claimed his new aspiration is to “Unite a diversity of people behind a common goal.”

When Koch was asked by the Journal if he would be voting for Joe Biden or President Donald Trump, he called the inquiry a “divisive question” — refusing to answer.

“However I answer, that’s going to upset a bunch of people,” he said. “That’s why there’s a secret ballot.”

In 2020, the Kochs’ political spending still remains partisan: Koch Industries donated $2.8 million to Republican candidates in the campaign cycle, compared to the $221,000 spent on Democratic candidates, according to the Center for Responsive Politics.

In his new book, however, the billionaire called his partisan ways a mistake, and in comments to the Journal he minimized his support for the tea party during Barack Obama’s administration.

“Boy, did we screw up!” he reportedly wrote in the book. “What a mess!”

“We did not create the tea party. We shared their concern about unsustainable government spending, and we supported some tea-party groups on that issue,” Koch told the Journal. “But it seems to me the tea party was largely unsuccessful long-term, given that we’re coming off a Republican administration with the largest government spending in history.”

Koch is now attempting to work with Democrats and liberals on social issues including immigration and criminal justice reform. He has partnered with organizations including the LeBron James Family Foundation, the American Civil Liberties Union, and some Democratic state legislative campaigns.

“I congratulate Joe Biden and Kamala Harris on their victory,” Koch told the Journal. “I look forward to finding ways to work with them to break down the barriers holding people back, whether in the economy, criminal justice, immigration, the Covid-19 pandemic, or anywhere else. At the same time, I hope we all use this post-election period to find a better way forward. Because of partisanship, we’ve come to expect too much of politics and too little of ourselves and one another.”