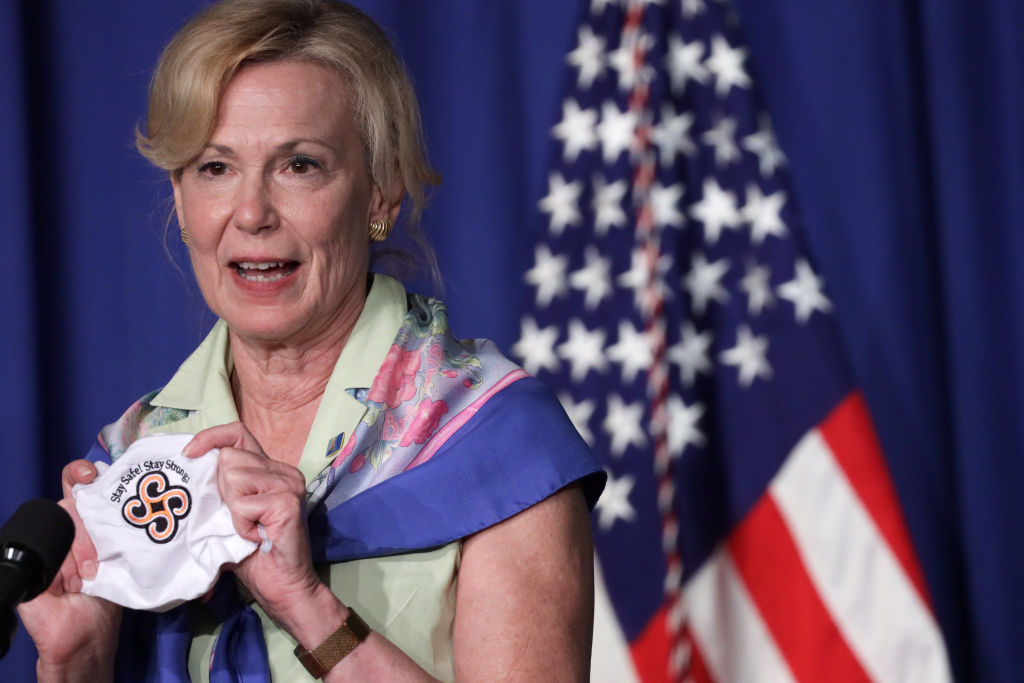 A Monday Washington Post report examined how Atlas became one of President Donald Trump’s top advisers despite contradicting numerous health experts with his proposed pandemic strategies. The report said that between his herd immunity advocacy, his dismissal of public safety guidelines, and other conduct, Atlas’ colleagues have taken a negative view of him, generating “discord” on the task force.

Atlas is a radiologist with no training as an epidemiologist, yet sources tell the Post that he frequently uses “junk science” to dispute the analysis of Birx, Dr. Anthony Fauci, CDC Director Robert Redfield, and FDA Commissioner Stephen Hahn.

This has resulted in conflict between Birx and Atlas, per the report:

Birx recently confronted the office of Vice President Pence, who chairs the task force, about the acrimony, according to two people familiar with the meeting. Birx, whose profile and influence has eroded considerably since Atlas’s arrival, told Pence’s office that she does not trust Atlas, does not believe he is giving Trump sound advice and wants him removed from the task force, the two people said.

In one recent encounter, Pence did not take sides between Atlas and Birx, but rather told them to bring data bolstering their perspectives to the task force and to work out their disagreements themselves, according to two senior administration officials.

Atlas told the Post the article was “another story filled with overt lies and distortions to undermine the President and the expert advice he is being given.” He also denied that he or anyone else at the White House is pushing a herd immunity approach, which contradicts his previous advocacy on the idea, and he previous got in a “fierce debate” with Birx and Fauci on the matter.

The report comes shortly after Twitter scrubbed a tweet Atlas put out claiming masks don’t work at stopping the spread of Covid-19. Previous reports have also indicated that Birx has grown frustrated with the White House’s approach to the pandemic and the misinformation Atlas has been providing to Trump