E.J. Dionne Impressed By Tea Party: They Made Budget Cutting ‘As Fashionable As Justin Bieber’ 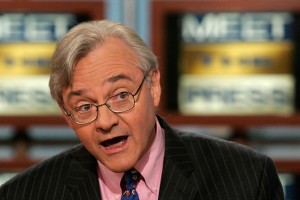 Liberal Washington Post columnist E.J. Dionne writes an astute column titled “The Tea Party Is Winning” pointing out that the conversation in Washington and the media has been completely transformed by the desires of the Tea Party movement. Despite disagreeing with the Tea Party philosophy that less government is the answer to everything, Dionne is still able to realistically assess the current political climate and conclude that now both Democrats and Republicans seem fearful of being perceived as big-government spenders.

Dionne elaborates on his skepticism with the Tea Party’s influence and impact:

“Washington is acting as if the only real problem the United States confronts is the budget deficit; the only test of leadership is whether the president is willing to make big cuts in programs that protect the elderly; and the largest threat to our prosperity comes from public employees. . . . Does anyone really think that cutting such programs will create jobs or help Americans get ahead? But give the Tea Party guys credit: They have seized the political and media agenda and made budget cutting as fashionable as Justin Bieber was five minutes ago.”

Actually most Tea Party supporters do believe cutting government programs will get Americans ahead, in the sense that a smaller federal government would not only result in less crowding out of the private sector, but would also enable Americans to be taxed less and ultimately retain more of their own money to invest, start businesses and create new private sector jobs. Dionne admirably displays a respectful tone towards the Tea Party’s priorities, instead reserving his disappointment for Democrats. Upset that “shared sacrifice” in one budget proposal could mean “telling nurses’ aides and coal miners they have to work until age 69 while sharply cutting tax rates on wealthy people,” Dionne can understand why conservatives like such an idea but cannot fathom why Democrats are seriously entertaining it.

Though whether the Tea Party philosophy is the wrong one almost seems to be Dionne’s secondary worry, as he instead focuses on why the Democrats’ message is losing the public relations battle. More government, he argues, could actually strengthen the economy. Yet given that the debate in Washington is not between more or less, but instead arguing how much less, Dionne’s title seems like it should be adjusted, since at least on the issue of the federal budget, the Tea Party has already won.